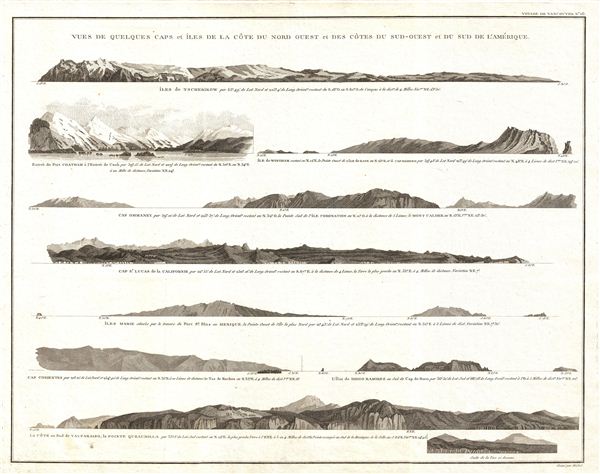 Some of the earliest nautical views Alaska, Mexico and South America ever published.