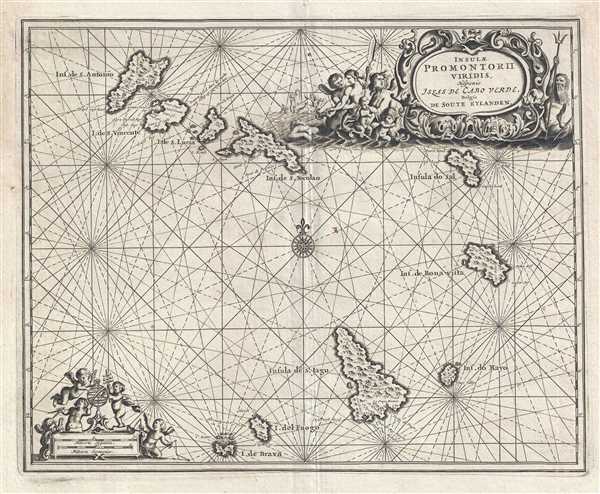 This is a 1686 Olfert Dapper map of the Cape Verde Islands, now known as Cabo Verde. The map depicts all 10 islands in the Cape Verde archipelago, which is located 350 miles off the coast of West Africa. Each of the islands is labeled, with rhumb lines included throughout the map. An elaborate title cartouche is situated in the upper right corner, with a smaller cartouche for the scale located in the lower left corner.

Since independence, the country has developed a thriving economy. Their economy is largely service based and tourism and remittances from expatriates also play a key role. The Cape Verde Islands also strongly encourage foreign investment.