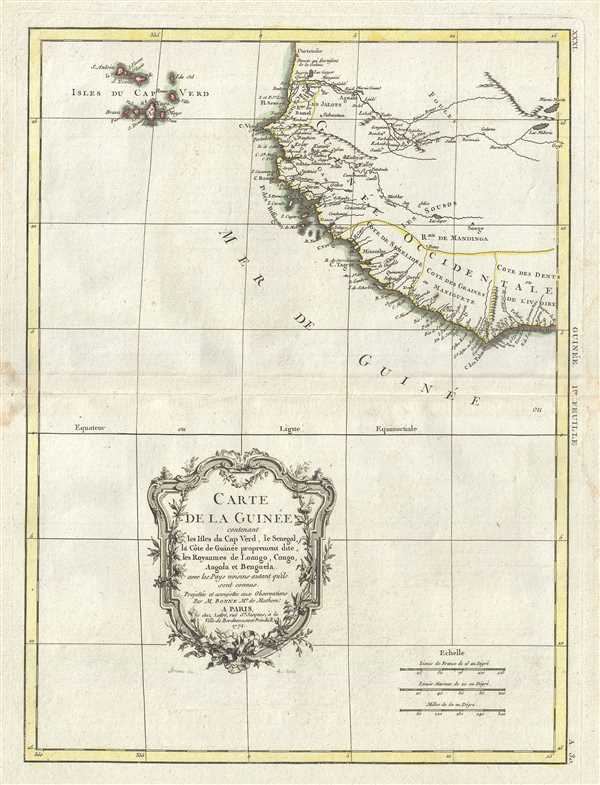 A decorative map of the western portions of Africa.
$250.00

A beautiful example of Rigobert Bonne's 1771 decorative map of western Africa. Covers from the Cape Verde Islands eastward to the coasts of Africa and the western mouth of the Niger River. Includes the modern day nations of Mauritania, Senegal, Gambia, Guinea-Bissau, Guinea, Sierra Leone, Liberia and Cote d'Ivoire.

As with most maps of Africa from this period, the coastlands are highly detailed while the interior is either blank or extremely speculative. A decorative title cartouche appears in the lower left hand quadrant. Drawn by R. Bonne in 1771 for issue as plate no. A 30 in Jean Lattre's Atlas Moderne.