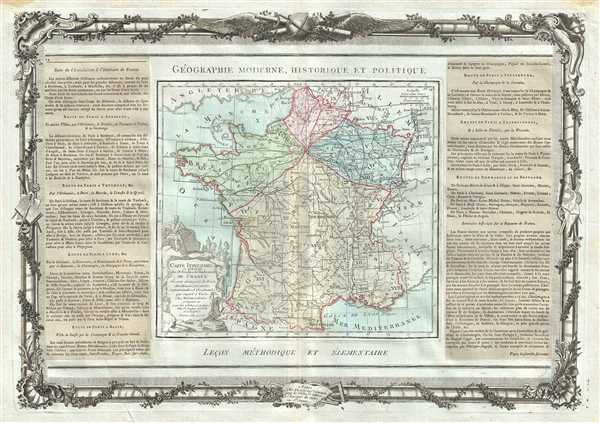 This is a lovely 1786 Desnos and Brion map of France showing roads and the 18 administrative divisions. Towns, rivers, and topography is beautifully noted with roads clearly marked.