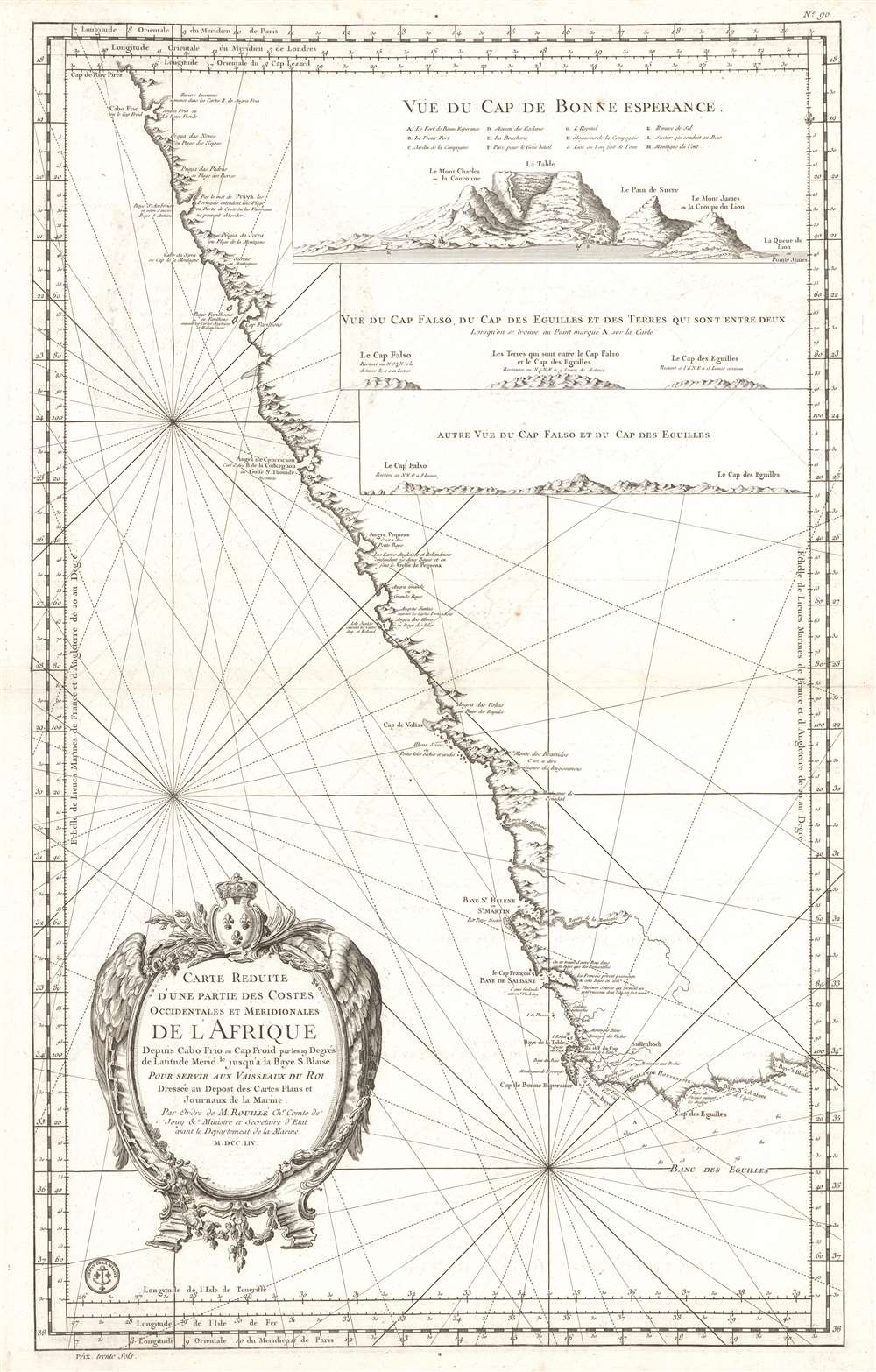 Scarce Bellin map of the southwest coast of Africa and the Cape of Good Hope.
$800.00

This map was created by Bellin for the French Depot de la Marine. Bellin was commissioned by King Louis XIV to augment and correct earlier nautical charting compiled by the Académie des Sciences. Eventually five variations to this map were created. Bellin’s name is removed from this particular chart. An elaborate and beautiful title cartouche adorned with the arms of the Depot de la Marine is situated in the lower left.

This chart was published by the Dépôt des Cartes et Plans de la Marine in 1754. Nine examples of this map are cataloged in OCLC and are part of institutional collections worldwide, including at the National Library of South Africa, Stanford University, the National Maritime Museum in Greenwich, the University of Florida, Duke University, the Universitätsbibliothek Bern, and the Biblioteca Nacional de España.

Norwich, O. I., Norwich's Maps of Africa: An Illustrated and Annotated Cartobibliography, #279. OCLC 776728872.
Looking for a high-resolution scan of this?