1810 Porlier Map of the Red River System and the Gulf of Tonkin, Vietnam 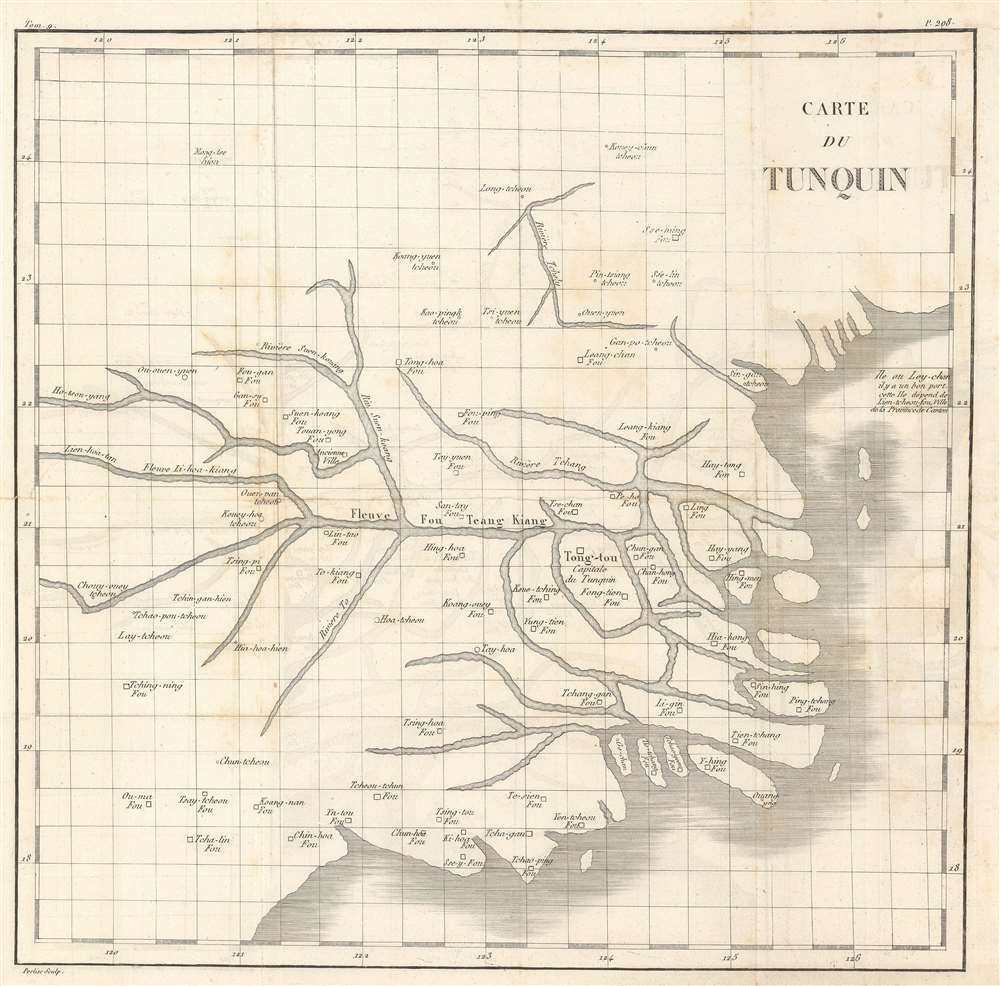 1810 Porlier Map of the Red River System and the Gulf of Tonkin, Vietnam

An early map of the Red River in Vietnam based on Jesuit reports.
$500.00

We know that a very similar earlier map was compiled from Jesuit sources by Jean Dominique Etienne Canu for publication in Yves Mathurin Marie Treaudet de Querboeuf's Lettres Edifiantes et Curieuses. We believe that this map was published in the 1810 edition of Lettres Edifiantes. We have not found any known examples in institutional collections or on the private market.

Jean Dominique Etienne Canu (1768 - 1843) was a French engraver active in Paris from about 1780 to 1816. Canu's work mostly focused on fashion plates, portraiture, architecture, and natural history. Canu studied under Delaunay, another French engraver. Little is known of his life and the date of his death remains obscure. His cartographic corpus is minimal.

Very good. Even overall toning. Verso repairs to fold separations. Light transference. Blank on verso.
Looking for a high-resolution scan of this?