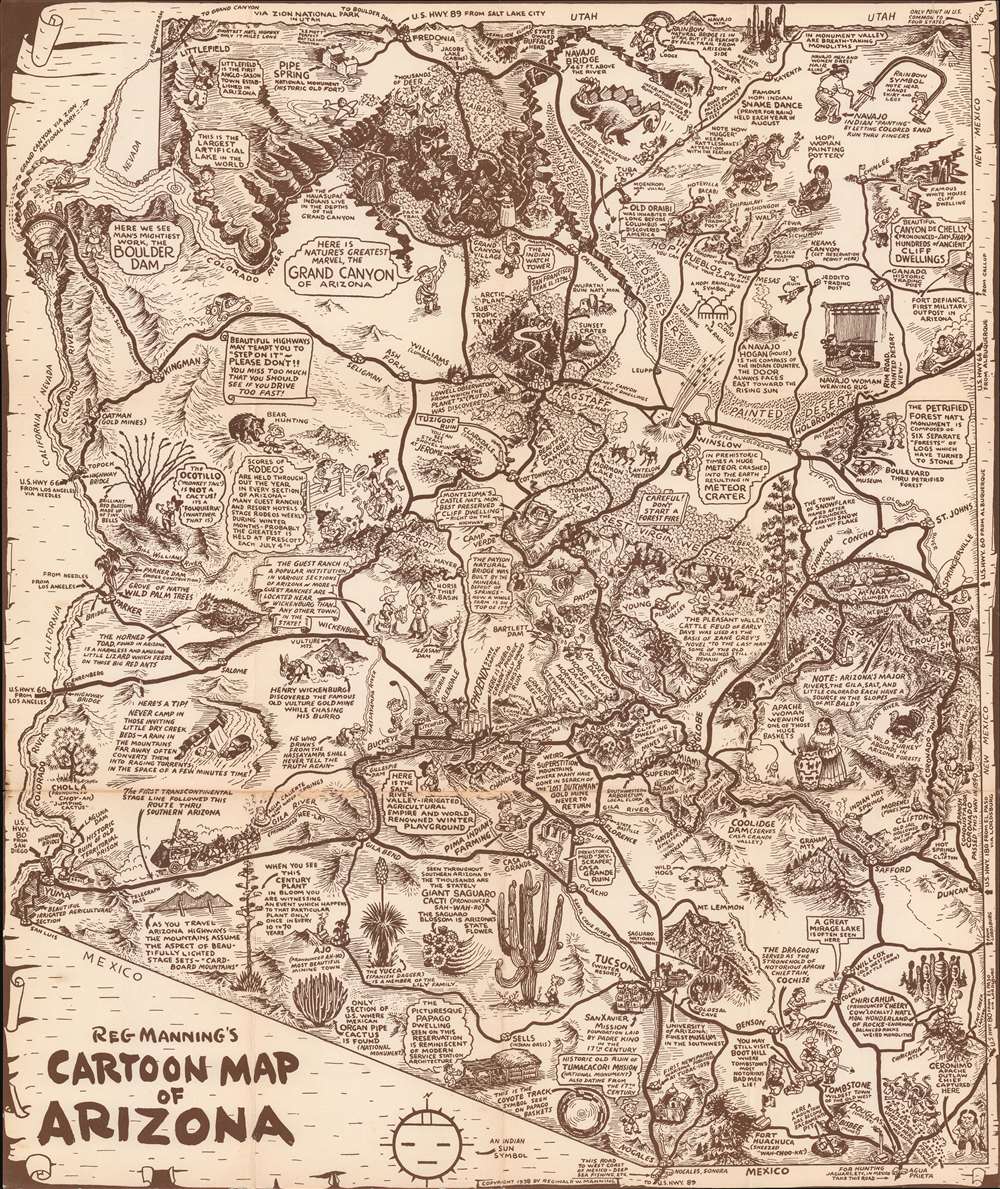 This is a 1938 Reg Manning pictorial cartoon map of Arizona. Pictorial vignettes populate the state and emphasize Arizona's natural beauty. Many national parks and monuments are illustrated, including the Grand Canyon (which dominates the upper portion of the map) and Canyon de Chelly. Arizona's Native American population, both past and present, are remembered here, with ancient cliff dwellings identified throughout and illustrations of the Hopi snake dance and Navajo sand painting appearing. The Painted Desert and Monument Valley are both illustrated as well. Native plant and animal life are illustrated as well. Giant Saguaro, yucca, Mexican Organ Pipe Cactus, and the Century Plant rank among the plant life that appears here alongside the horned toad, antelope, and deer.

This map was created by Reg Manning and published in 1938 with Manning's Cartoon Guide to Arizona. We note two examples of the separate map cataloged in OCLC which are part of the collections at the Newberry Library and the Wisconsin Historical Society. An example is also part of the David Rumsey Map Collection.

Reginald W. Manning (April 8, 1905 – March 10, 1986), professionally known as Reg Manning, was an American illustrator and artist. Born in Kansas City, Missouri, Manning soon ended up in Phoenix, Arizona, where he received his only formal art training as a high school student. Following graduation, Manning worked as a freelancer until he was hired by The Arizona Republic as an artist and photographer in 1926. Originally interested in comic strips, the popularity of Manning’s editorial cartoons pushed him toward that genre. By the end of his career, Manning’s editorial cartoons were syndicated in as many as 170 newspapers. Manning also created incredible copper wheel engravings on crystal glass. Over the course of his career, he also created stationery, jewelry, water colors, and postcards. Manning died in Scottsdale, Arizona. Learn More...