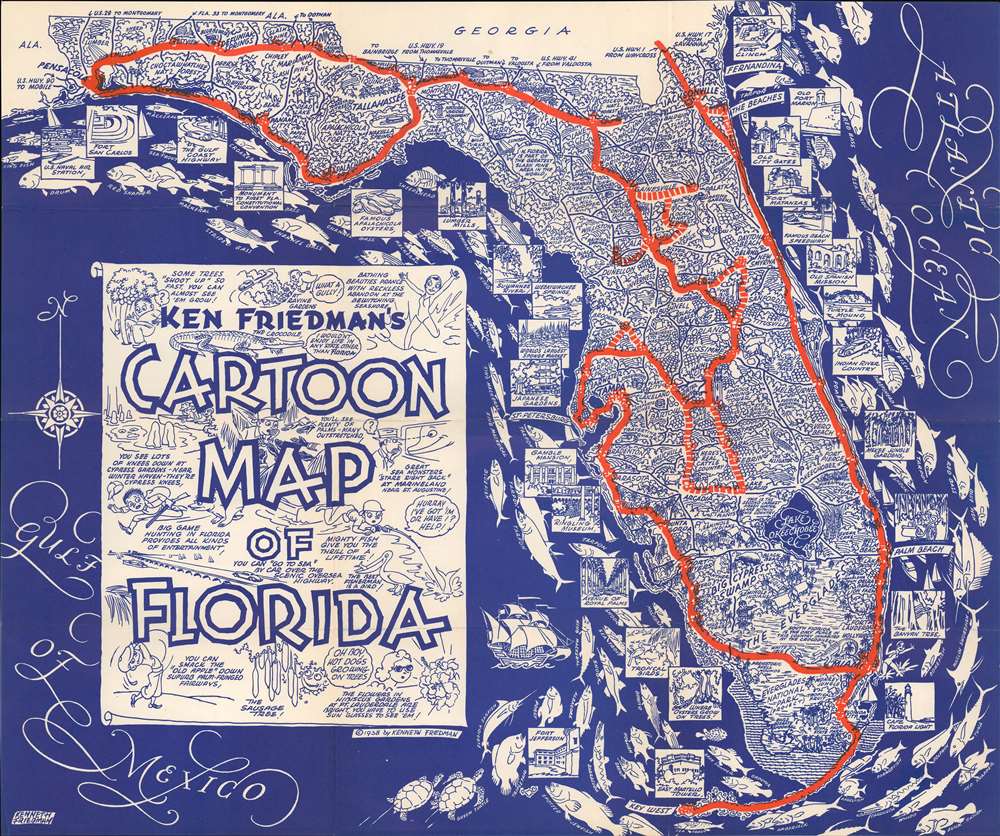 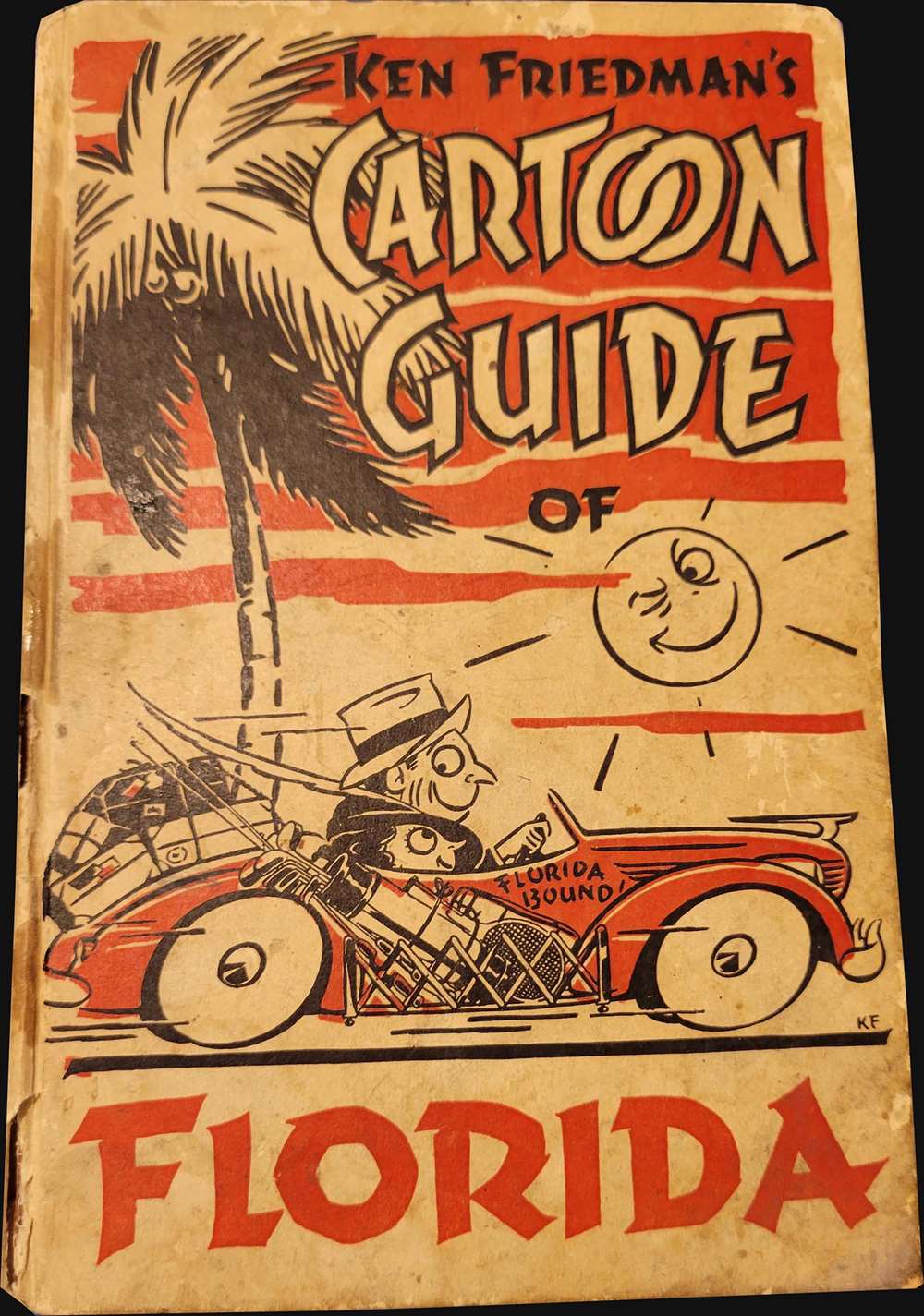 Florida's many natural and man made tourist attractions.

This is a 1938 Kenneth A. Friedman pictorial map of Florida. The map encapsulates the comedic tone of Friedman's guidebook, Kenneth A. Friedman's Cartoon Guide of Florida. Tourist sites, national parks, monuments, colleges, and Florida's many cities populate the map. Sketches of Florida wildlife, including a 'Florida Wild Cat', a black bear, and a sea cow (manatee) make appearances. Everglades National Park, which was then being created, is labeled, along with Big Cypress Swamp and Lake Okeechobee. Historical sites across the state, such as Fort Matanzas, the Ringling Museum, and Fort Jefferson on Dry Tortugas, line the coast. A gigantic school of fish (all labeled) swim from Jacksonville to Pensacola. Among these are all the Florida angling classics: barracuda, tarpon, sailfish, and marlin. Two green sea turtles make an appearance just below the title cartouche.

The title cartouche is where Friedman's humor is most apparent. A sketch of a hunter being chased by a bear is captioned as follows: 'big game hunting in Florida provides all kinds of entertainment!' A man making eye contact with a dolphin states 'Great sea monsters 'stare right back' at Marineland near St. Augustine!'

This map was drawn by Kenneth A. Friedman and accompanied Kenneth A. Friedman's Cartoon Guide of Florida published in 1938 by J. J. Augustin. The guidebook is well represented in institutional collections, but the separate map does not appear in OCLC. An example of the guidebook and the map is part of the David Rumsey Map Collection. While the guidebook is well represented institutionally, it is rarely seen on the private market.

Kenneth Albert Friedman (November 14, 1896 - February 7, 1992) was an American cartoonist and commercial artist. Born in Tatum Mine, Georgia, Friedman had moved to Jacksonville by 1920. He wrote and published Florida Highlights Illustrated, which was named the Official Florida Souvenir of the 1934 Chicago World's Fair. In 1938 Ken Friedman's Cartoon Guide of Florida was published by J.J. Augustin. He served in the Army during World War II, although we have not been able to locate detailed service records. He died in Jacksonville. Learn More...