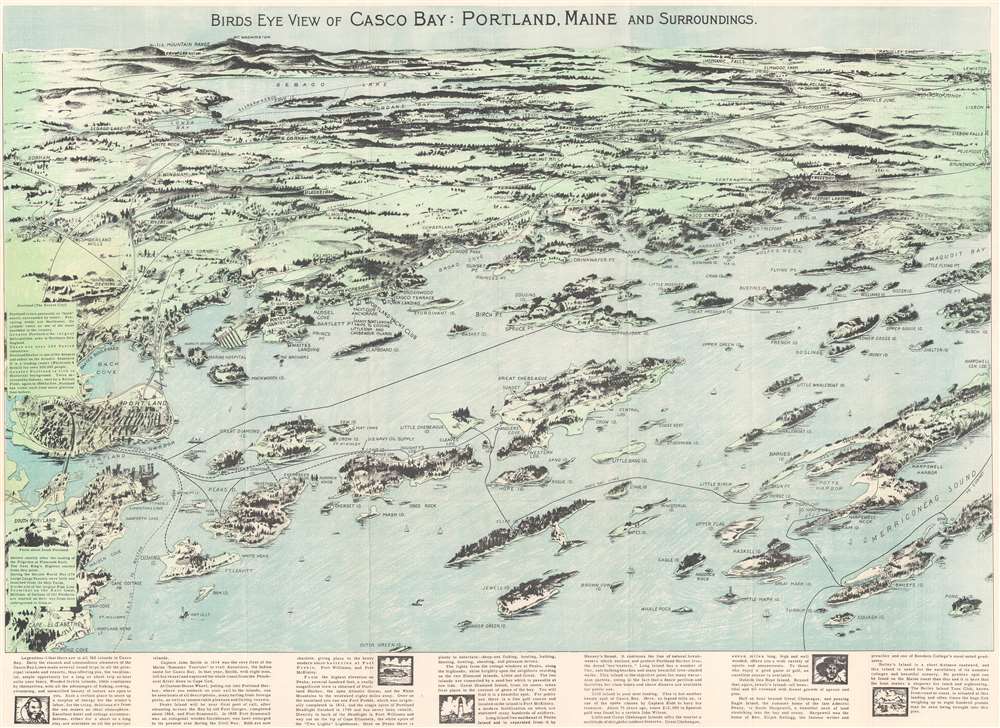 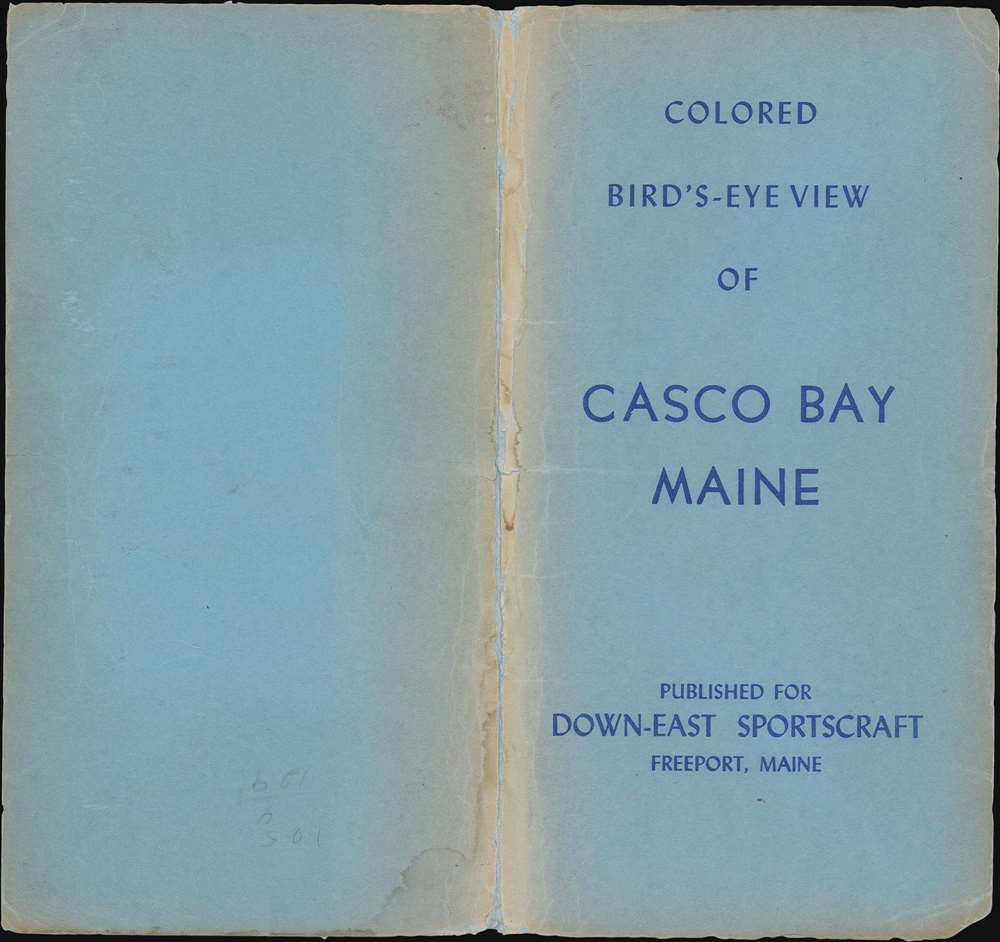 This is a beautiful 1950 bird’s eye-view map of Casco Bay, Portland, Maine. It is the last edition of the George Walker view of the same title, first issued in 1906. The view covers Casco Bay, from Port Elizabeth and South Portland with Rangeley Lakes and Mount Washington evident on the horizon. The city of Portland is beautifully rendered. Throughout, the map notes towns, islands, capes, points, and a few other topographical features. The bustling bay is full of ships and ferries traveling between its various islands. As distinct from the original 1906 issue, the title of this edition has been moved from the bottom of the map to the top, and the bottom has been filled with a tour of the region marking such highlights as John Smith's visit in 1614, a hiding spot of Captain Kidd's treasure, and the excellent hotel and cottage accommodations on the principal islands.

This view/map was copyrighted and first issued by Geo H. Walker and Co. in 1906. In and around 1950 the original lithographic stone was used again for this 1950 edition, printed on behalf of the Down-East Sportscraft firm of Freeport, Maine. It appears on the market from time to time but is neglected in institutional collections. We note only one example of this edition in OCLC, at the Osher Map Library at the University of Southern Maine.