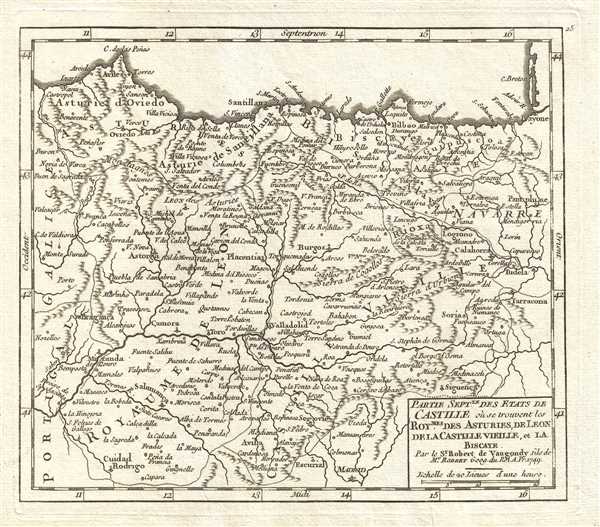 This is a 1749 Didier Robert de Vaugondy map of Castile and Basque Country, Spain. The map depicts from Galicia and Portugal to Castile and Navarre and from the Bay of Biscay to Castile. Bilbao, the largest city in Basque Country, is situated along the coast of the Bay of Biscay. Madrid, the capital of Spain, is depicted near the lower border, very close to the title, and is just below Segovia, another important city in Spain.

Several kingdoms are depicted on this map, including Asturias (which is now a Spanish autonomous community), León, Old Castile (Castille Vieille) and Biscay (Biscaye). Countless cities and numerous rivers are labeled. Mountains are depicted in profile, in the Vaugondy style.