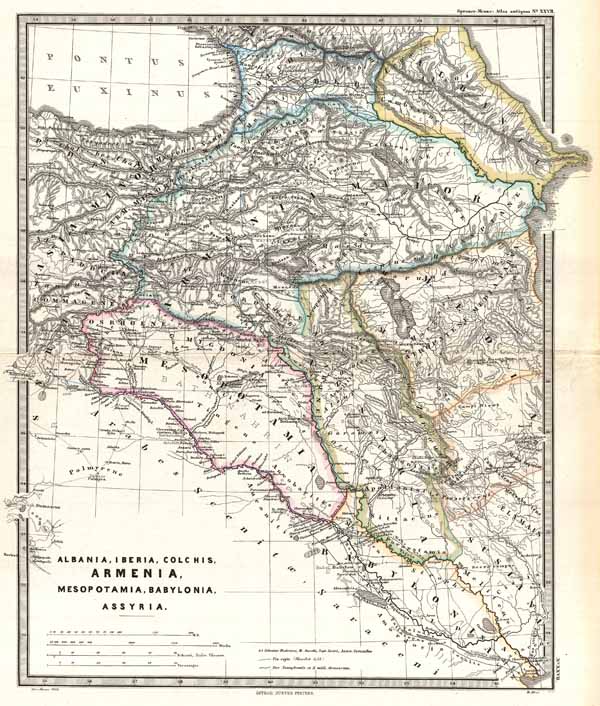 A particularly interesting map, this is Karl von Spruner's 1865 rendering of the Caucuses and Mesopotamia in antiquity. Centered on Lake Van (modern day eastern Turkey), this map covers the Caucuses region between the Black Sea and the Caspian Sea, then southwards to the fertile crescent as far as the Euphrates River, Babylonia, and the head of the Persian Gulf. These regions include the modern day countries of Iraq, Kuwait, Armenia, Georgia, Azerbaijan, and adjacent parts of Saudi Arabia, Turkey, and Iran. Like most of Spruner's work this example overlays ancient political geographies on relatively contemporary physical geographies, thus identifying the sites of forgotten towns and villages, the movements of armies, and the disposition of lands in the region. This particular example includes ancient names for many notable regions and historical sites. As a whole the map labels important cities, rivers, mountain ranges and other minor topographical detail. Territories and countries outlined in color. The whole is rendered in finely engraved detail exhibiting the fine craftsmanship for which the Perthes firm is known.