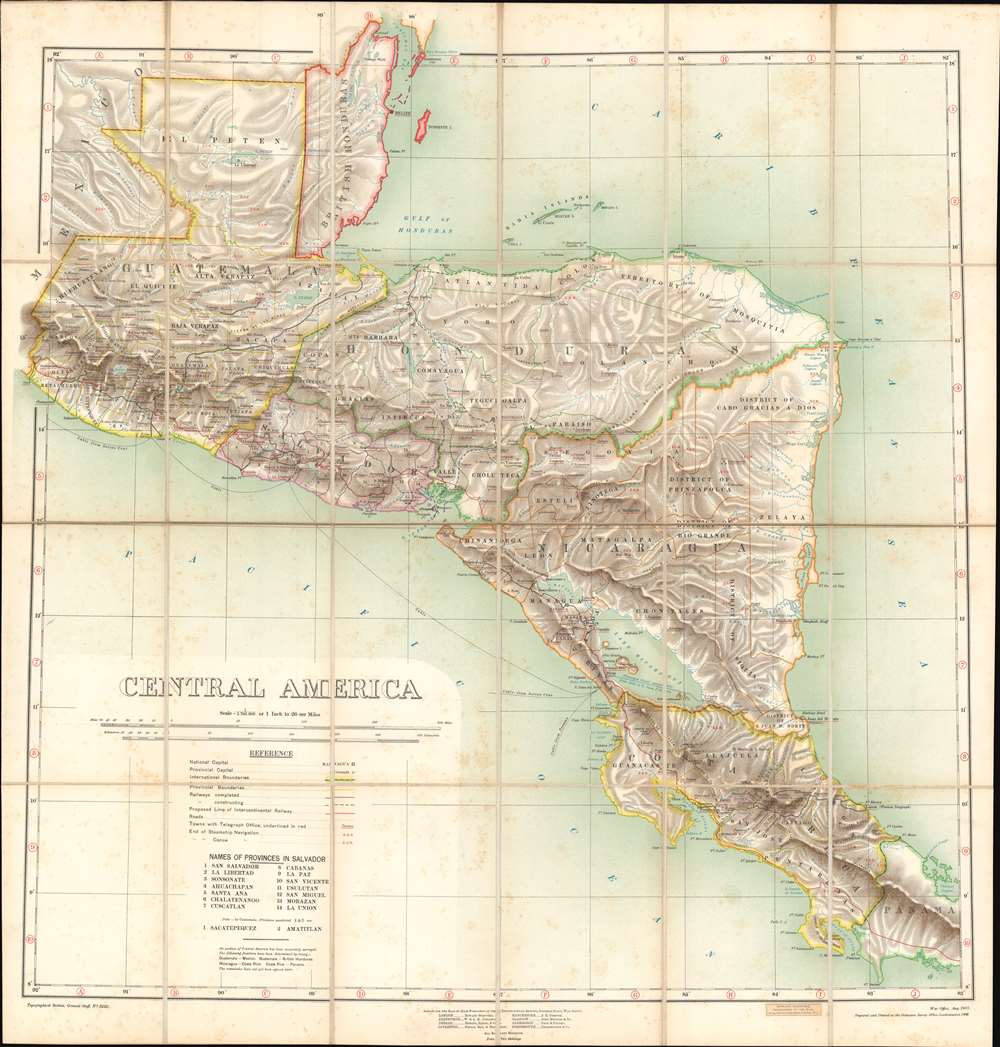 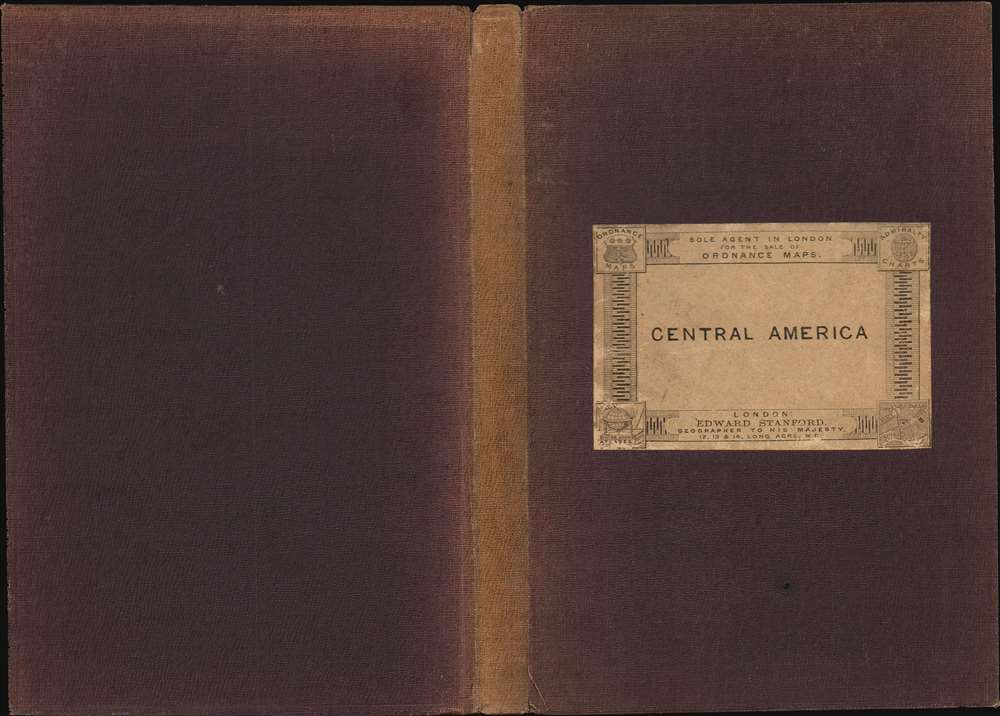 Central America was of great interest in the early 20th century, when the need for a practical interoceanic connection dominated the global conversation. When this map was issued, there was only one railroad route connecting the Caribbean to the Pacific - the Puerto Barrios-Istapa railroad through Guatemala. Alternate routes are noted on this map, all of which were then in the planning or construction phase, including a railroad passage through Honduras, a proposed canal through Nicaragua, a nearly complete railroad route through Costa Rica, and of course, the Panama Canal Route (not on map). The meticulous notes on river navigation, even by canoe, appearing throughout, underscore the extent to which this area was then being meticulously mapped as well as the rigors inherent in exploring the mountainous jungles.

This map was first published by the British War Office (Topographical Section, General Staff) in 1907. The present example was updated and issued a year later in 1908 by the Ordnance Survey Office, London. It bears a store paste-down stamp from the Stanford Geographical Establishment in London, an authorized reseller. The map is rare. The OCLC notes just 5 examples located in institutions: The British Library, The Buffalo and Erie County Public Library, McGill University, UC Berkeley, and the University of Cambridge.