1751 Vaugondy Map of the Circle of Bavaria. 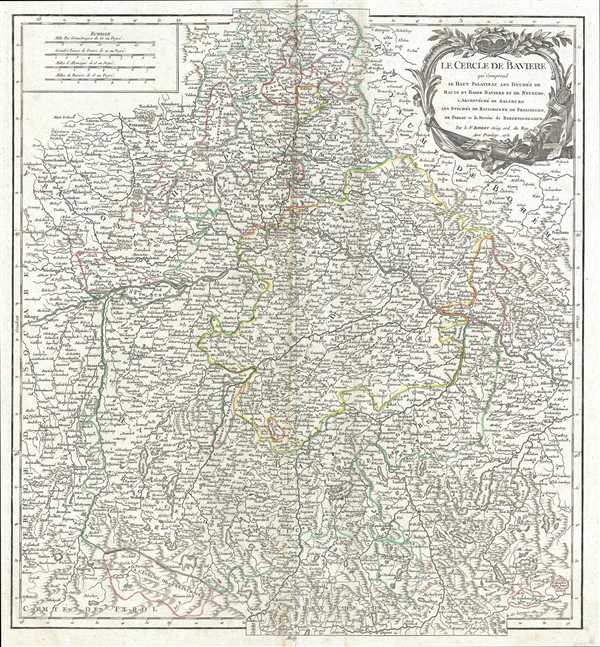 1751 Vaugondy Map of the Circle of Bavaria.

This is a beautiful 1751 map of the Bavaria, in the southeast part of Germany by Gilles Robert de Vaugondy. It includes the Archbishopric of Saltzburg, and the Electorate of Bavaria and extends from Bamberg south to Innsbruck and east as far as the Kingdom of Bohemia. Rivers, roads, lakes and other topography is also noted throughout, with mountains beautifully rendered in profile. Political divisions include the Regency of Munich and the High Palatinate.

This map was published in the 1757 edition of Vaugondy's Atlas Universel.