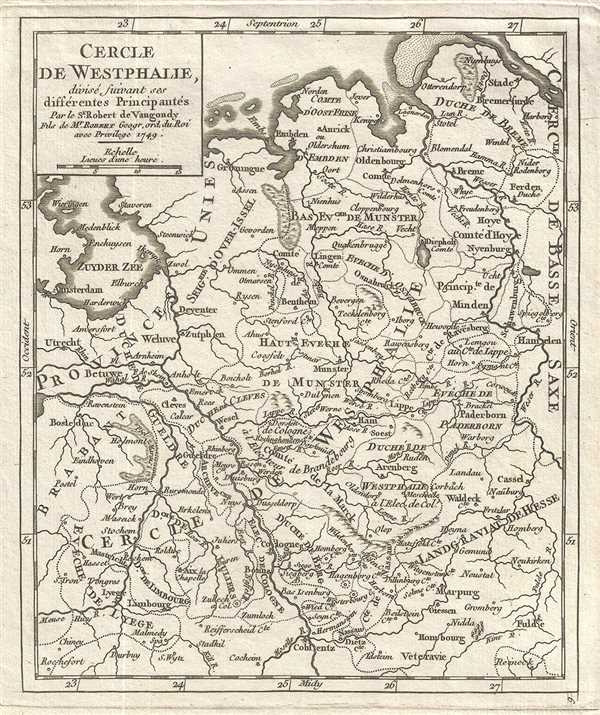 This is an appealing 1749 map of Westphalia, Germany by the French cartographer Robert de Vaugondy. Extends from the Elbe south to Kolbenz. The entire region is depicted in extraordinary detailed, noting towns, cities, rivers, forests, and a host other topographical features.

Westphalia was one of the 'imperial circles' created by the Holy Roman Empire in the 1500s. These groupings of regional territories were designed for defensive, tax, and administrative purposes within the Empire. The map outlines the feudal Duchies and Counties of Westphalia as they were before being joined with other Prussian states in 'The Kingdom of Westphalia,' briefly a French vassal state under Napoleon from 1807-1816. The area was made famous in 1648 when the 'Peace of Westphalia' was signed in Munster and Osnabruck, ending the Thirty Years' War.