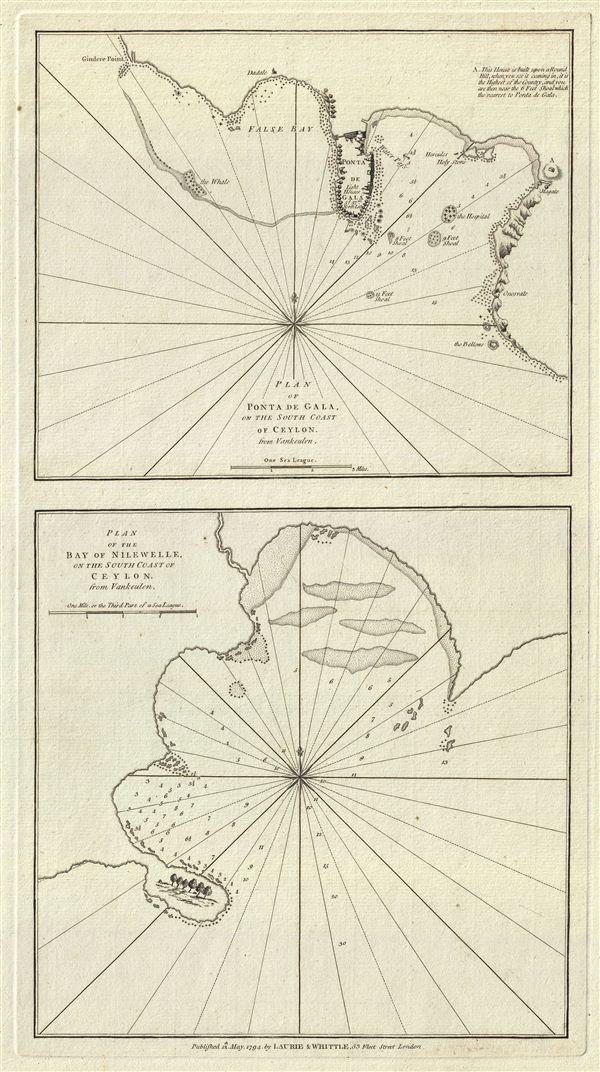 This is a fine example of Laurie and Whittle's 1794 nautical chart or maritime map of Ponta de Gala (Galle) and Nilewelle (Nilwella) on the southern coast of Sri Lanka or Ceylon. Essentially two maps on one sheet, the upper map features the region of Galle on the southwestern tip of Sri Lanka. The Galle Fort is marked, but not named. Built by the Portuguese in 1588 and later fortified by the Dutch after its capture in 1649, was finally captured by the British in 1796, two years after the making of this map. The map also marks a house on what may be the Rumassala Hills along with a note describing them as the 'highest of the country.' The hills are part of the legend of Ramayana and are believed to be a one of the five pieces of the Himalayas dropped by Hanuman. The lower map features the Bay of Nilewella (Nilwella) on the southern coast of Sri Lanka, located near Dickwella in the Matara district.