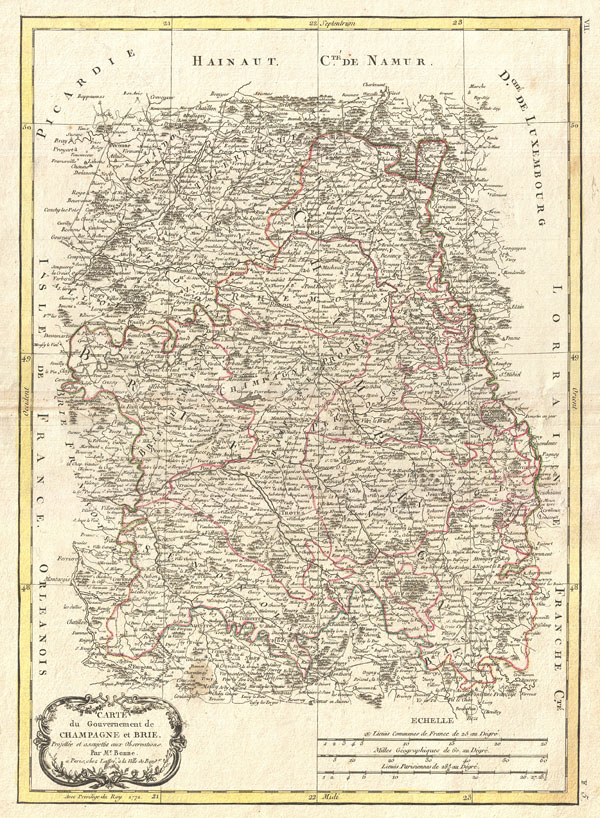 A beautiful example of Rigobert Bonne's decorative map of the French winemaking region of Champagne and the cheese making region of Brie. Covers the departments of Champagne and Brie from Picardie to Franche and from Isle de France to the Duchy of Luxembourg. This region is well known throughout the world for is production of namesake Champagne and Brie. A large decorative title cartouche appears in the lower left quadrant. Drawn by R. Bonne in 1771 for issue as plate no. F 5 in Jean Lattre's 1776 issue of the Atlas Moderne.