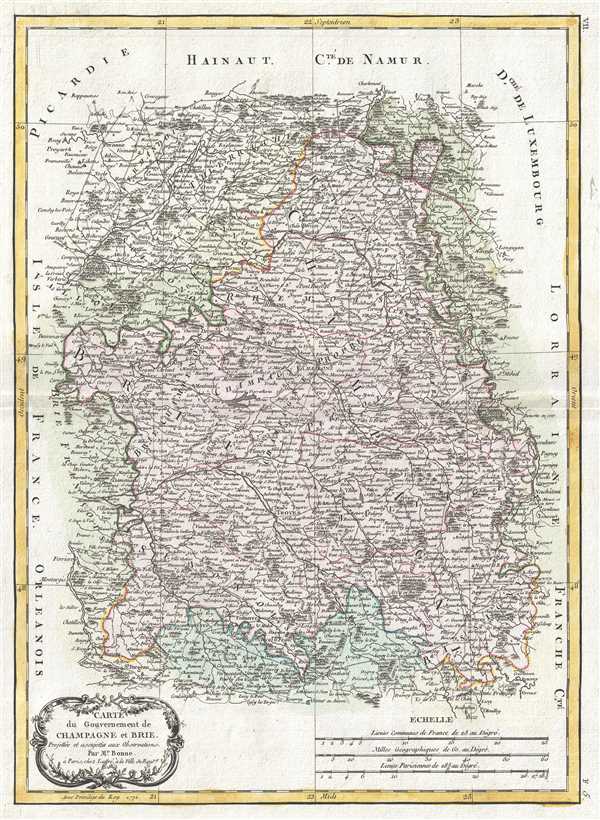 Beautiful map of the Champagne and Brie producing regions of France.
$200.00

A beautiful example of Rigobert Bonne's 1771 decorative map of the French winemaking region of Champagne and the cheese making region of Brie. The map depicts the departments of Champagne and Brie from Picardie to Franche Comté and from Ile-de-France to the Duchy of Luxembourg. World-renowned for its eponymous sparkling wine and brie cheese, visitors come from all over the world to sample these two regional delicacies. Historically the province of Champagne was bounded on the north by the bishopric of Liège and by Luxembourg, on the east by Lorraine, on the south by Burgundy, and on the west by Île-de-France, and by Picardy.

A large decorative title cartouche is situated on the lower left. Drawn by Rigobert Bonne in 1771 for issue as plate no. F 5 in Jean Lattre's Atlas Moderne.