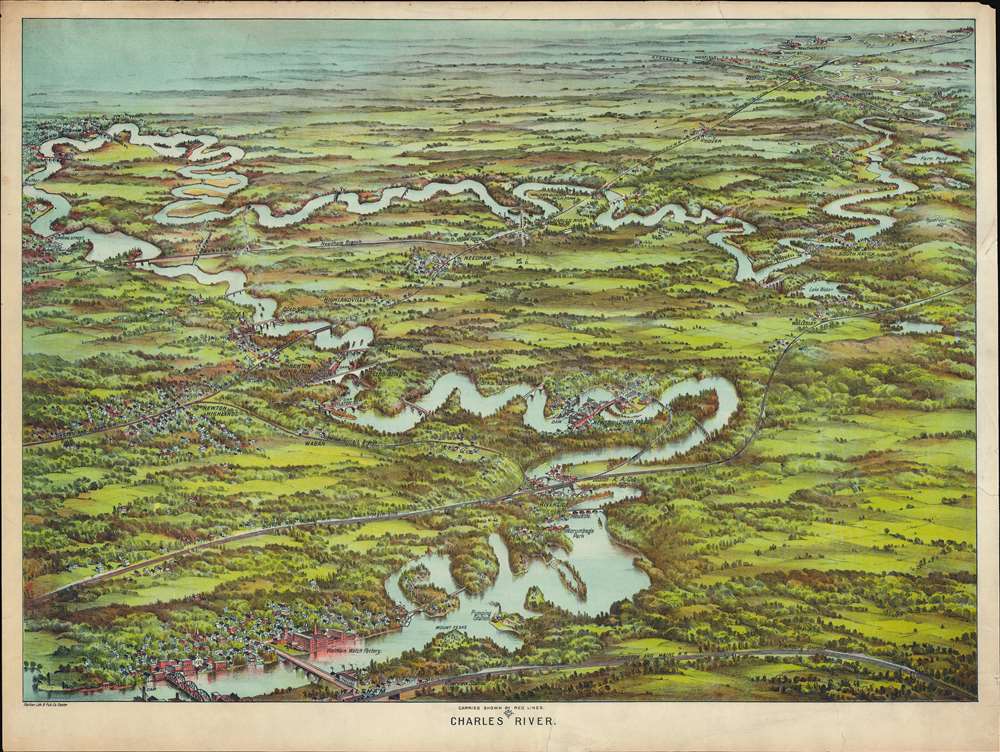 Boating on the Charles.

Published by 'George H. Walker Lith. and Pub. Co.', 400 Newbury St., Boston, Mass. This view is more commonly seen printed on thin paper and folded into a pamphlet entitled 'Canoe Map of Charles River'. Although visually similar, this is not that piece, as the present example is printed on heavier stock for framing and presentation purposes, and was never folded - the first and only time we have seen it as such. It also exhibits more vivid color than any of the folding examples we previously owned. If you are considering this view - this is the one you want.

Very good. Minor verso repair and reinforcement at margins. No sign of folding.