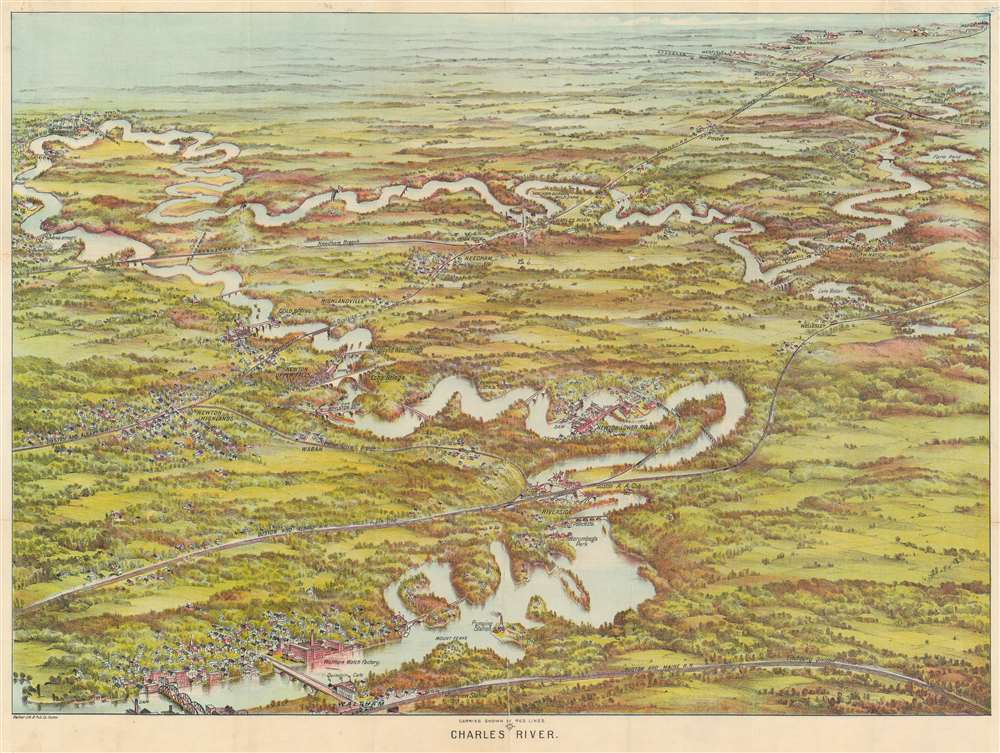 Boating on the Charles.

Published by 'George H. Walker Lith. and Pub. Co.', 400 Newbury St., Boston, Massachusetts, in 1907. This view was published in folding format in a pamphlet entitled 'Canoe Map of Charles River;' we see only six examples catalogued in OCLC.

Very good. Reinforced and stabilized with mends at junctures of folds.