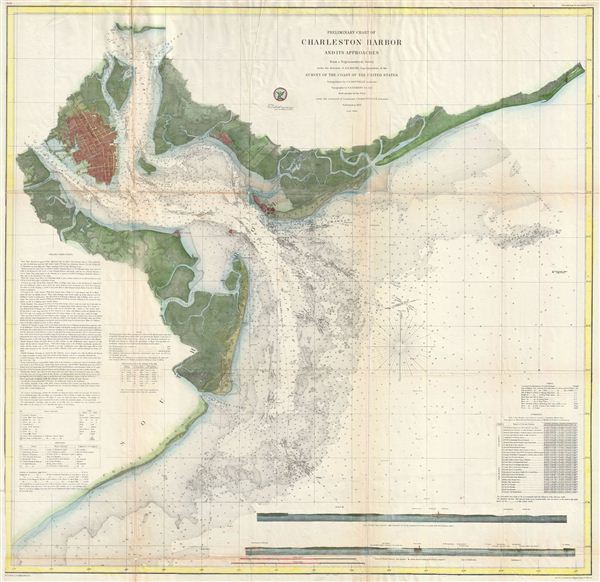 The Triangulation for this chart was completed by C. O. Boutelle. The topography is the work of S. A. Gilbert. The hydrography was completed by a party under the command of J. N Maffitt. This chart was compiled under the supervision of A. D. Bache, one of the most influential Superintendents in the history of the Coast Survey. Published in the 1856 edition of the Superintendent's Report.

Bache, A. D., Report of the Superintendent of the United States Coast Survey, Washington, 1856.

Very good condition. Some wear, toning, and verso repairs along original fold lines. Overall, a remarkably clean and attractive example of this map. Left margin extended.
Looking for a high-resolution scan of this?