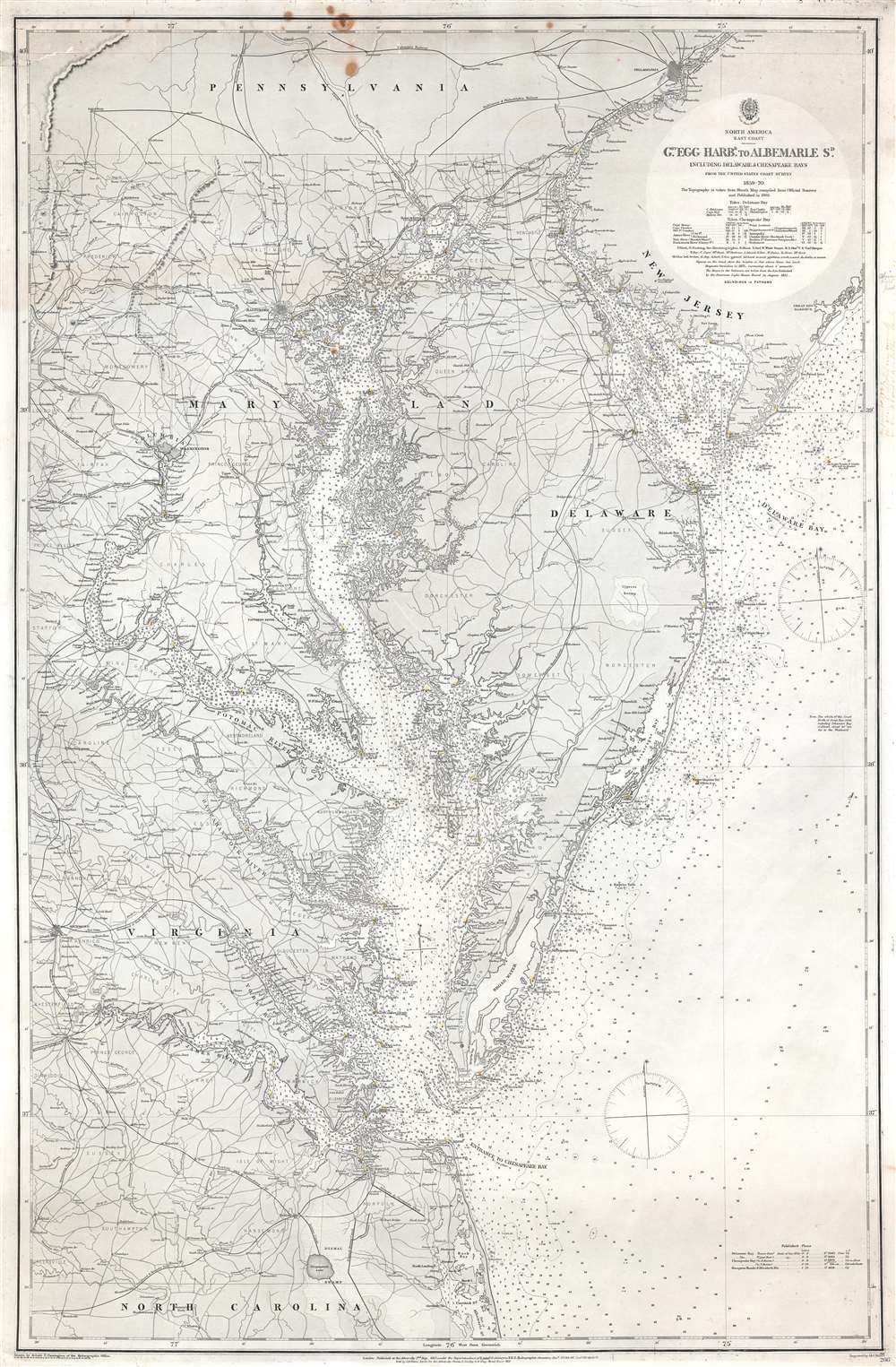 This is an 1871 British Admiralty nautical chart or maritime map of the Chesapeake Bay and Middle Atlantic Coast. The map depicts the east coast of the United States from Great Egg Harbor, New Jersey and up the Delaware River to Philadelphia to the northern reaches of Albemarle Sound in North Carolina. Incredibly detailed, individual buildings are illustrated in towns and cities (which are labeled), in order to impart an idea of relative size. Philadelphia, Baltimore, Wilmington, Washington, D.C., Richmond, Frederiksburg (Frederickburg), and Petersburg are among the cities labeled. Myriad roads are rendered, along with numerous rail lines, such as Baltimore and Ohio, the Washington and Baltimore, and the Richmond Frederick and Potomac Railways. Several rivers are illustrated, some of which are included in detail with depth soundings extending up Delaware Bay and the Delaware River past Philadelphia and up Chesapeake Bay past Baltimore to the mouth of the Susquehanna River. Myriad depth soundings populate the map, with soundings included up the Potomac River to Washington, D.C., and up the Rappahannock, York, and James Rivers. Along the coastline, depth soundings are densely rendered. Below the title, in the upper-right corner, two tables contain information about the tides in Delaware Bay and Chesapeake Bay.

Based upon United States Coast Survey information, this map was originally published by the British Admiralty in May 1862 and subsequently updated four times to arrive at this 1871 edition. It was drawn by Robert C. Carrington and engraved by J. and C. Walker.