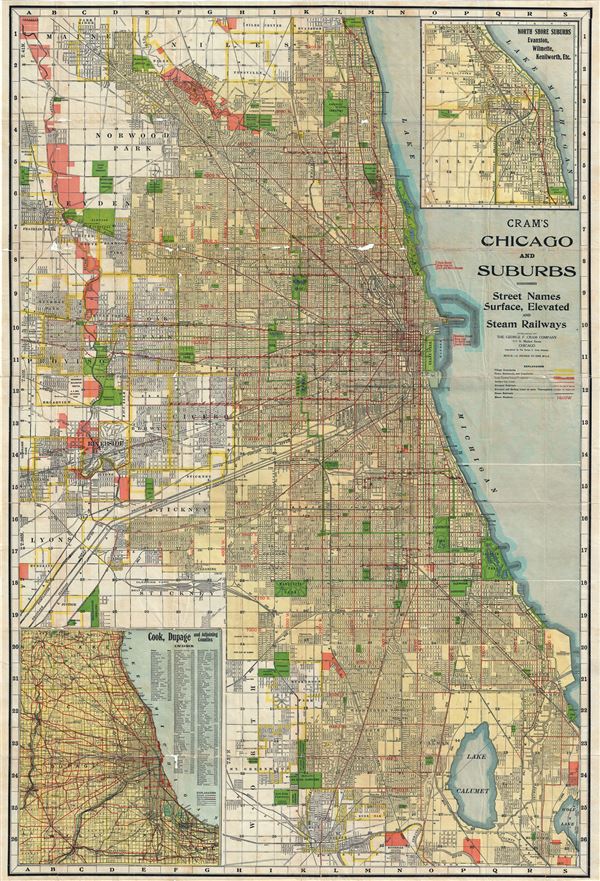 This is a large 1920 map or city plan of Chicago, Illinois by G. F. Cram. This enormous pocket map was issued as a tourist guide and depicts the city of Chicago and its suburbs in great detail. It covers from Park Ridge south as far as Lake Calumet and from La Grange Park east as far as Wolf Lake and Lake Michigan. The map is exceptionally detailed, noting individual streets, parks, rivers, lakes, cemeteries, house numbers as well as surface, elevated and steam railroads. An inset of the North Shore Suburbs of Evanston, Wilmette, Kenilworth, etc. is included in the upper right quadrant. The lower left quadrant features another inset of Cook, Dupage and adjoining counties along with an index.

The map is accompanied by a 32 page city and suburban street index guide. The map was issued by the George F. Cram Company, Chicago.