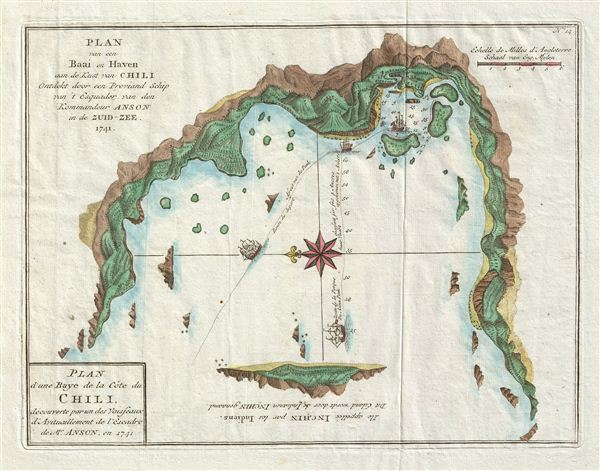 An uncommon 1751 map of an unknown Chilean port discovered by the British Admiral George Anson during this seminal circumnavigation of the globe. Oriented to the east, the map shows the port in considerable detail including dramatic shore profiles, depth soundings, and illustrations of Anson's ships. Anson's navigation up the Chilean coast was particularly challenging as the British ships had a very difficult time finding safe ports along the Spanish dominated coast. This map was issued for the 1751 Dutch edition of Voyage Round the World. Though issued later than the english and French editions, the Dutch edition is highly desirable for its use higher quality paper and superior fully re-engraved map plates.