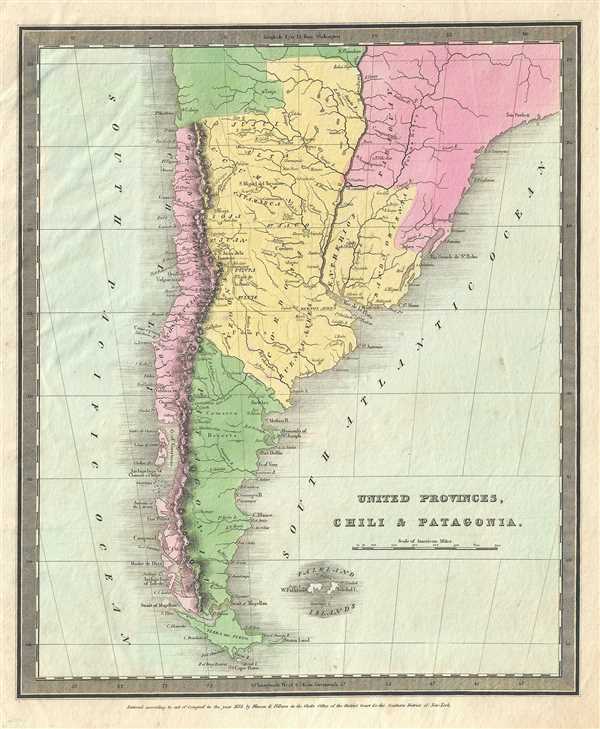 Burr's representation of Chile and Argentina.

This is a first edition 1833 map of Chile and Argentina by David H. Burr. It covers Chile and Argentina along with parts of Bolivia and Paraguay. Throughout, the map identifies various cities, towns, rivers, mountain passes and an assortment of additional topographical details. Bolivia's claims to the Atacama Desert and Peru's claims to the Tarapaca region - both of which are today part of Chile, are shown.