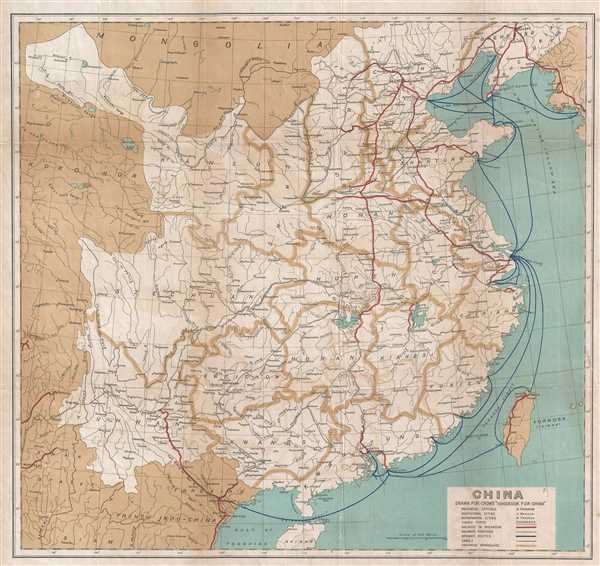 This is a 1921 Carl Crow map of China. The map depicts the region from Central Asia to the Korean Peninsula and Taiwan (Formosa) and from Mongolia and Manchuria to Hainan and Southeast Asia (Vietnam, Laos, Thailand). China itself is divided into provinces, such as Yunnan, Jiangxi (Kiangsi), Jiangsu (Kiangsu), and Shanxi (Shansi). Numerous cities of varying size are labeled, including Beijing (Peking), Shanghai, Macau (Macao), Hong Kong, and Guangzhou (Canton). Both operating and proposed railways are illustrated, with operating lines noted using thick red lines. Steamer routes are indicated in blue, tying together coastal ports throughout the region. Several rivers, lakes, and mountain ranges are also labeled. A key, situated in the lower right corner, explains the various different notations utilized on the map.