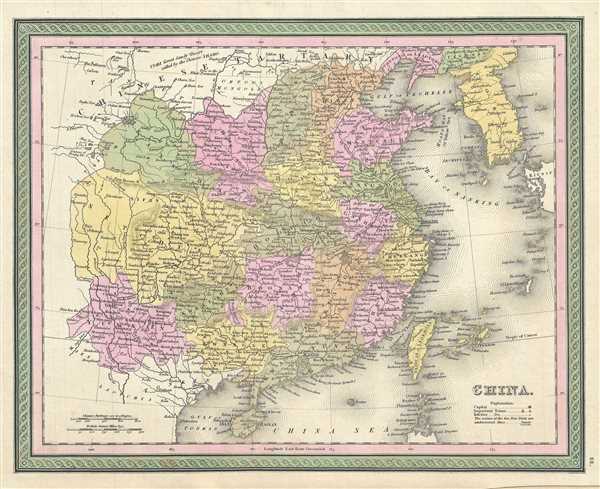 A fine example of S. A. Mitchell's 1849 map of China. Covers the traditional provinces of mainland China as well as parts of adjacent Chinese Tartary, Tonkin (Vietnam), Formosa (Taiwan), and Korea (Corea). Hong Kong is identified as a British Territory. Political and topographical features are noted and color coded with elevation rendered by hachure.