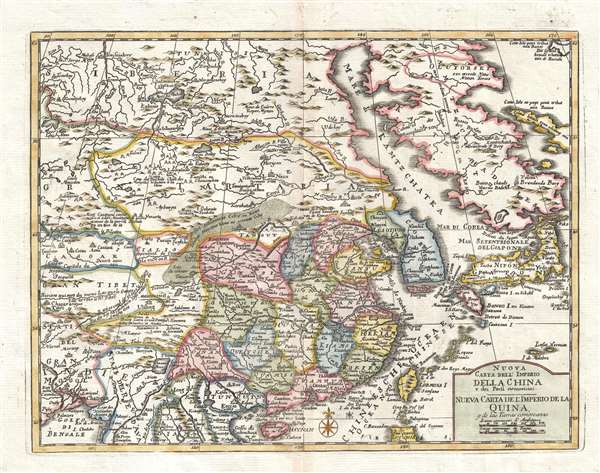 Labels the home of the Dalai Lama and the Great Wall of China.
$500.00

This is a 1744 Isaak Tirion map of East Asia including China, Japan, and Korea. The map depicts the region from Tibet and India to Japan and from Siberia and the Kamchatka Peninsula to Thailand, Laos, and Vietnam. Based on a map originally created by Guillaume Delisle, the text on this map is in at least two different languages (French and Dutch), while the title is written in Italian and Spanish. Numerous comments dot the map, including where the Dalai Lama lived and the courses of rivers. The Gobi Desert, various nomad camps, the Great Wall of China, and other locations are also noted. Myriad cities, towns, and villages are labeled, including Guangzhou (Canton), Macau (Macao), and Beijing (Pekin).