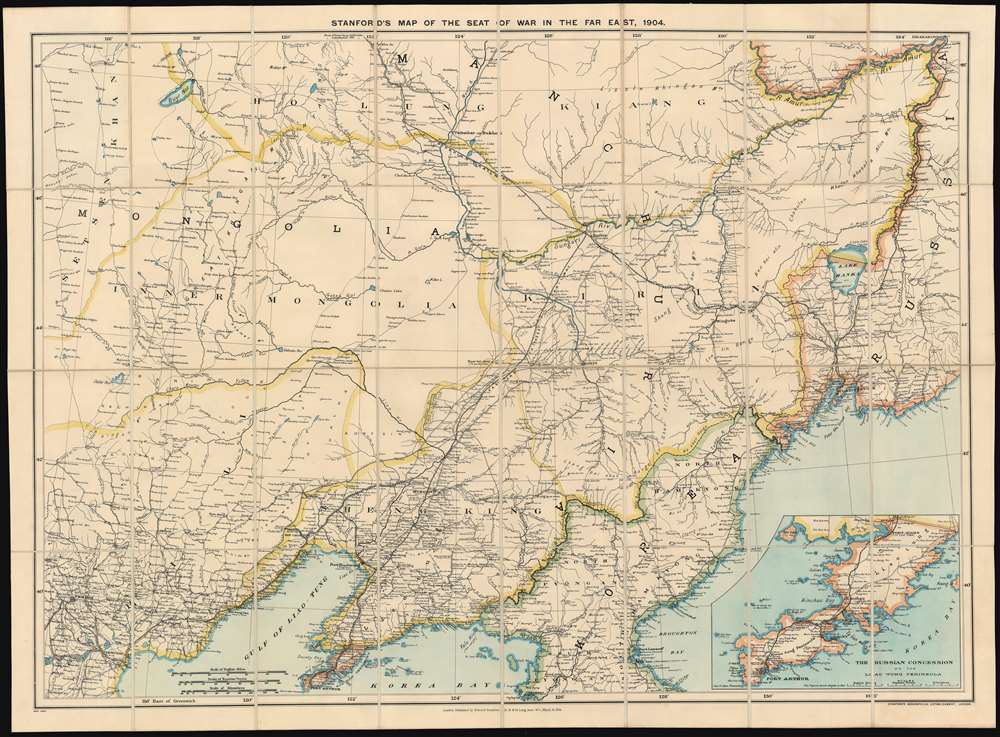 A scarce 1904 map of China, Manchuria, Mongolia, and northern Korea issued by Stanford's Geographical Establishment to illustrate the theater of the Russo-Japanese War (1904 - 1905). Coverage extends from Beijing to Vladivostok, and from the Amur River to Port Arthur (Lüshunkou), making this one of the most highly detailed and masterful executed contemporaneous maps to illustrate the war.

This present map, a first edition, was published in London by Edward Stanford's Geographical Establishment on March 14, 1904. A second state was issued a in the following year on June 27, 1905. Examples are scarce on the market and in institutional collections, but we have identified holdings at the British Library (St. Pancras), the Library of Congress, the Peabody Essex Museum, the University of Manchester Library, and the National Library of Australia.