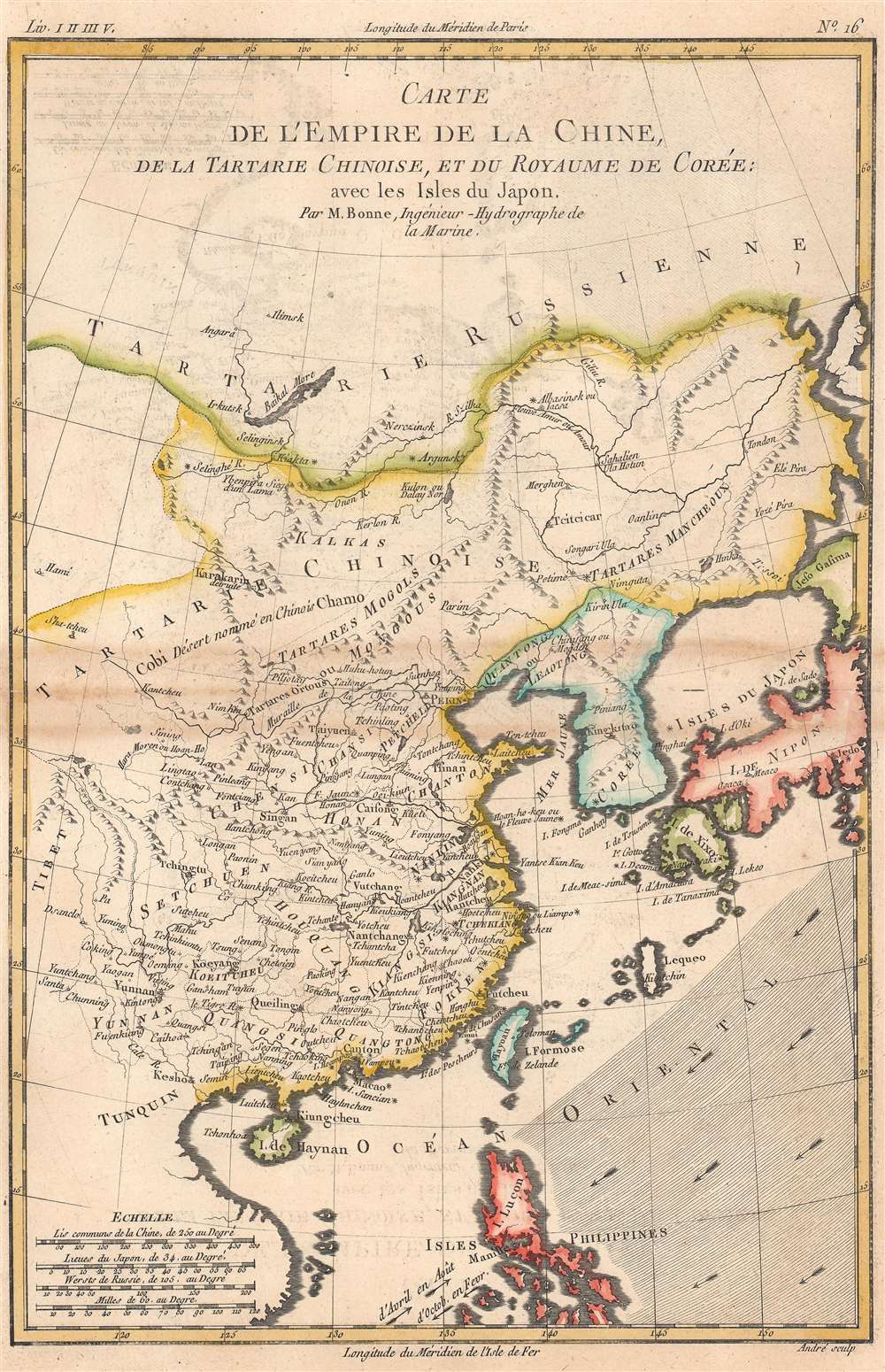 The map offers considerable inland detail on the mainland, especially in China and Tartary (including the ruins of the Mongol capital of Karakorum, here as Karakarin), however, the interiors of Japan, Taiwan (Formosa) and the Philippines are entirely unknown. Although this map dates to c. 1780, it presents China at an earlier date, either in the late Ming or the early Qing, before the dissolution of Huguang and Jiangnan Provinces (here Houquang and Kiangnan). This is because Bonne was working from one of a small number of reliable maps of China available in 18th century Europe, most likely Jean-Baptiste Bourguignon d'Anville's c. 1730 map, considered the 'gold standard' into the 19th century.

Of note, the bottom-left hand corner includes four scales, Chinese li, Japanese ri, Russian versts, and French milles. Longitude is measured both from Paris and the Isle de Fer (El Hierro), the westernmost of the Canary Islands, also known as the Ferro meridian. Seasonal trade winds are also indicated at bottom near Luzon.