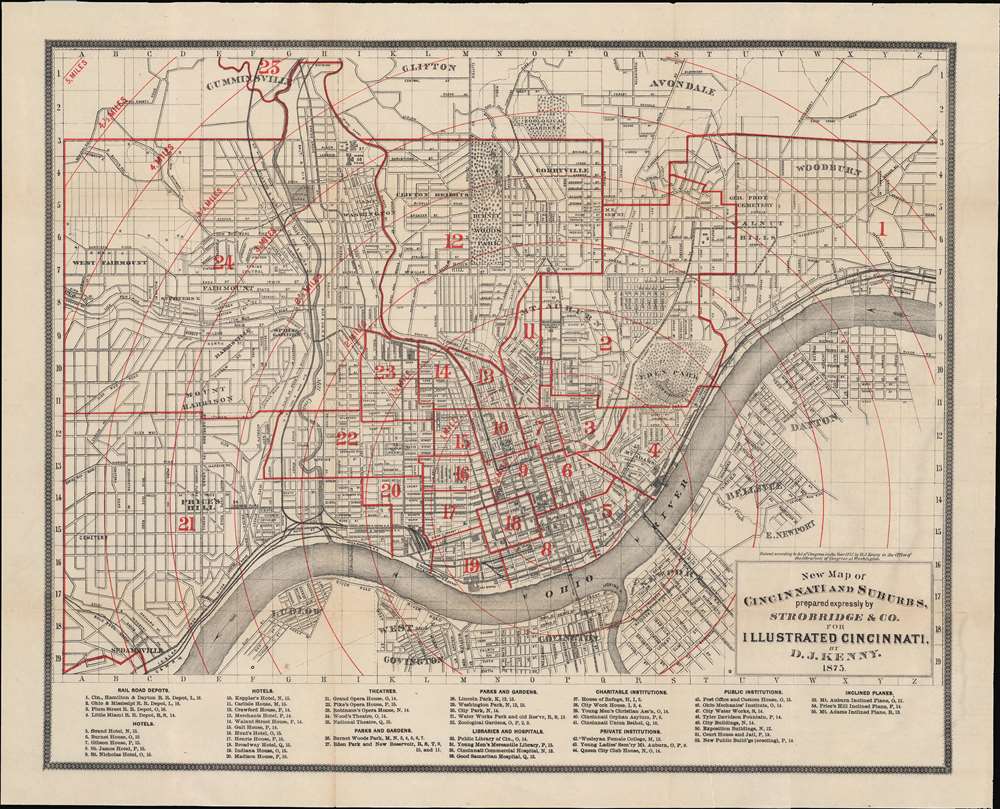 This is an 1875 D.J. Kenny map of Cincinnati, Ohio, and its suburbs. The map is oriented to the north, with the Ohio River dominating the lower portion of the map, acting as the border between Ohio and Kentucky. The map is detailed, labeling streets, utilities, railroads, and other parts of the city. At the bottom of the map, a list of 55 points of interest is included. Among the listed locations are railroad depots, hotels, theaters, parks, gardens, libraries, hospitals, public and private institutions, as well as charities. A pattern of half-mile concentric circles centered on downtown Cincinnati is overlaid onto the map. The city wards are also numbered.

This map was prepared by Strobridge and Co. for Illustrated Cincinnati by D.J. Kenny in 1875. It is held by the Cincinnati History Library, the Ohio Historical Society, the New York Public Library, and Huntington Library, Art Museum, and Botanical Gardens (although a note above the title mentions that the map will be entered into the Library of Congress, it does not appear in their catalog). It is scarce to the market.

Daniel J. Kenny (fl. c. 1875 - 1900) was a Cincinnati-based cartographer and illustrator who made maps, guides, and pictorial handbooks of his home city. Learn More...