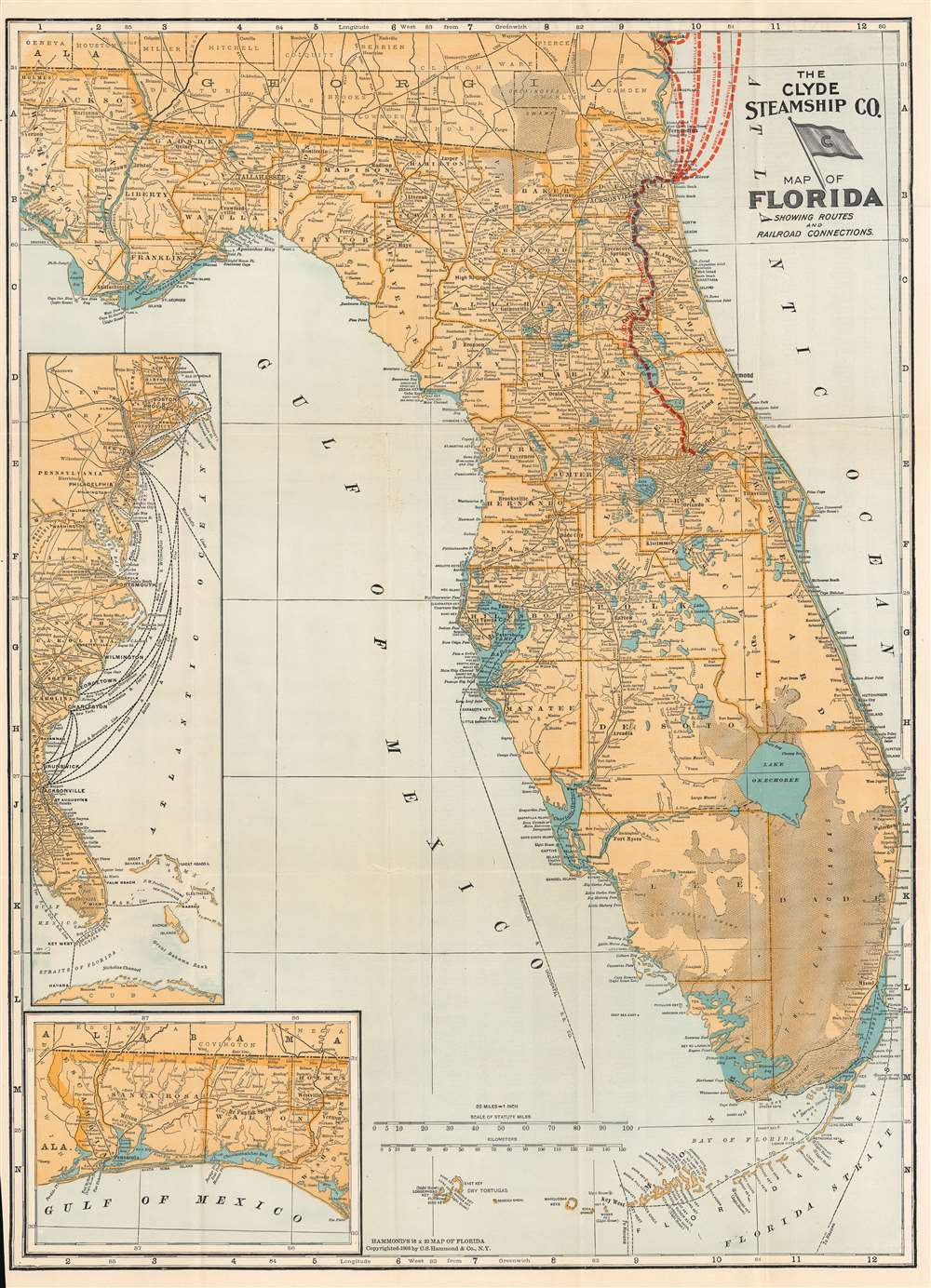 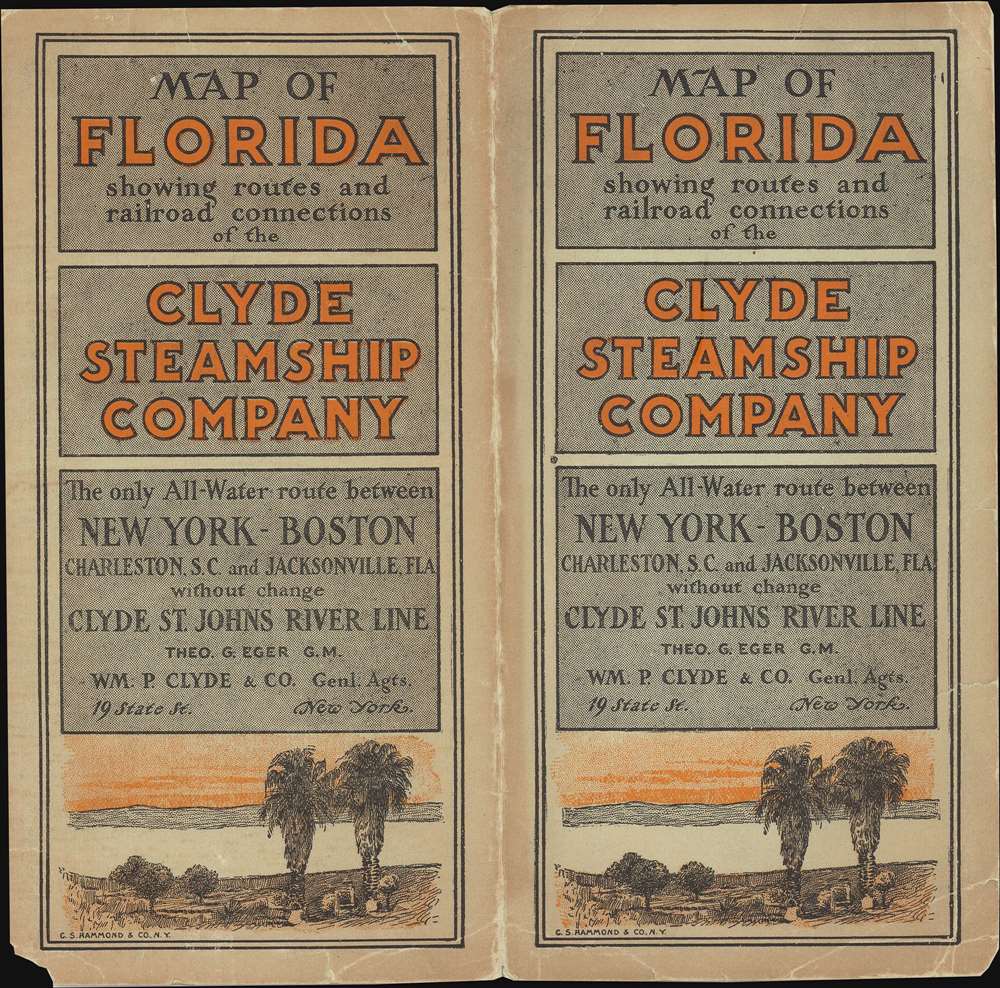 This is a 1903 Clyde Steamship Company map of Florida. Overprinted red dashed lines mark the Clyde Steamship Company's routes out of Jacksonville north to Charleston, New York, and Boston, as well as the St. John's River Line from the coast inland south along the river to Sanford. An inset map along the left border traces the company's many routes from their terminal in Florida to destinations along the coast. A second inset map, in the lower left, details the Florida panhandle from the Alabama border to Washington County.

This map was created by C.S. Hammond and Company and published by the Clyde Steamship Company in 1903. An example is part of the Touchton Map Library at the Tampa Bay History Center. Five examples are cataloged in OCLC and are part of the institutional collections at Yale University, the University of Georgia, the Newberry Library, the University of Illinois Urbana-Champaign, and the Kansas State Historical Society.

Very good. Verso repairs to fold separations. Closed tears extending one and one half (1.5) inches in Gulf of Mexico near Citrus and Hernando Counties professionally repaired on verso. Location index on verso.