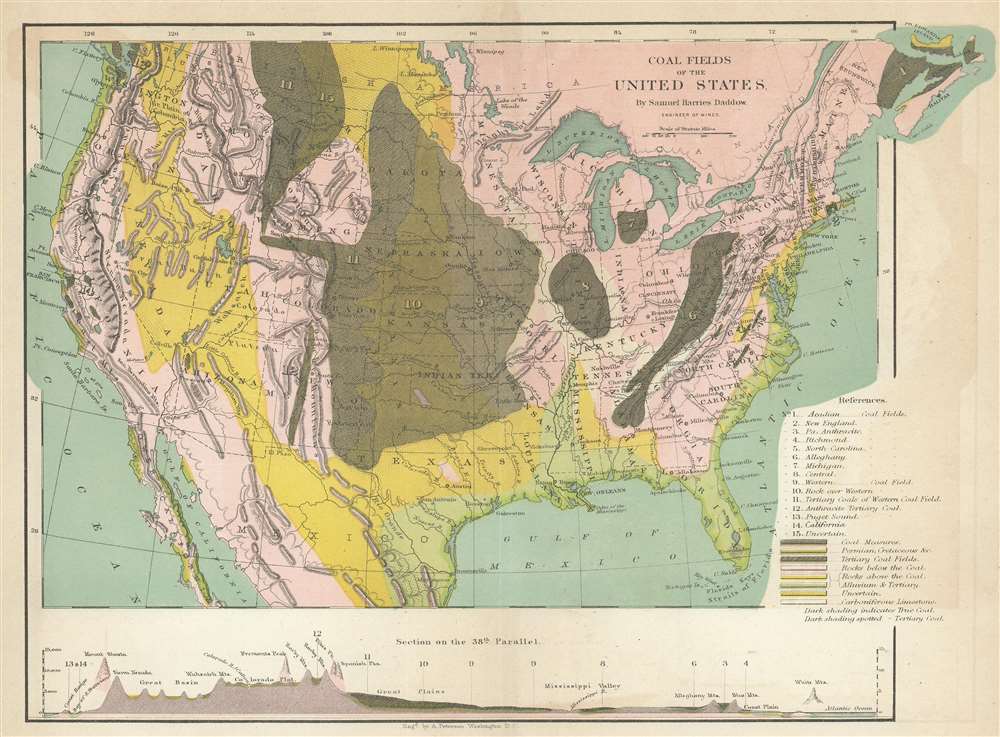 This is an 1866 Samuel Harries Daddow map of the United States illustrating its coal fields. Depicting the entire continental United States, fifteen different types of coal fields are numerically identified, including Pennsylvania Anthracite. Colors indicate other deposits, including tertiary coal fields, carboniferous limestone, and areas of uncertain deposits. A profile view of the altitudes along the 38th Parallel presents the wide range of topography from coast to coast, highlighting the Sierra Nevada Mountains, Rocky Mountains, the Great Plains, the Mississippi Valley, and the White Mountains.

This map was created by Samuel Harries Daddow for publication with his 1866 book Coal, Iron, and Oil, or the Practical American Miner. The separate map is not cataloged in OCLC.

Samuel Harries Daddow (March 14, 1827 - March 23, 1875) was an English-American miner and author. Born in Cornwall, England, Samuel eventually immigrated to the United States and was a miner. He wrote and published Coal, Iron, and Oil, or the Practical Miner. He married Esther Anne Beadle in 1856, with whom he had one child. Learn More...

Very good. Light toning. Exhibits some offsetting.
Looking for a high-resolution scan of this?