1893 Walker Map of the Coast of Maine 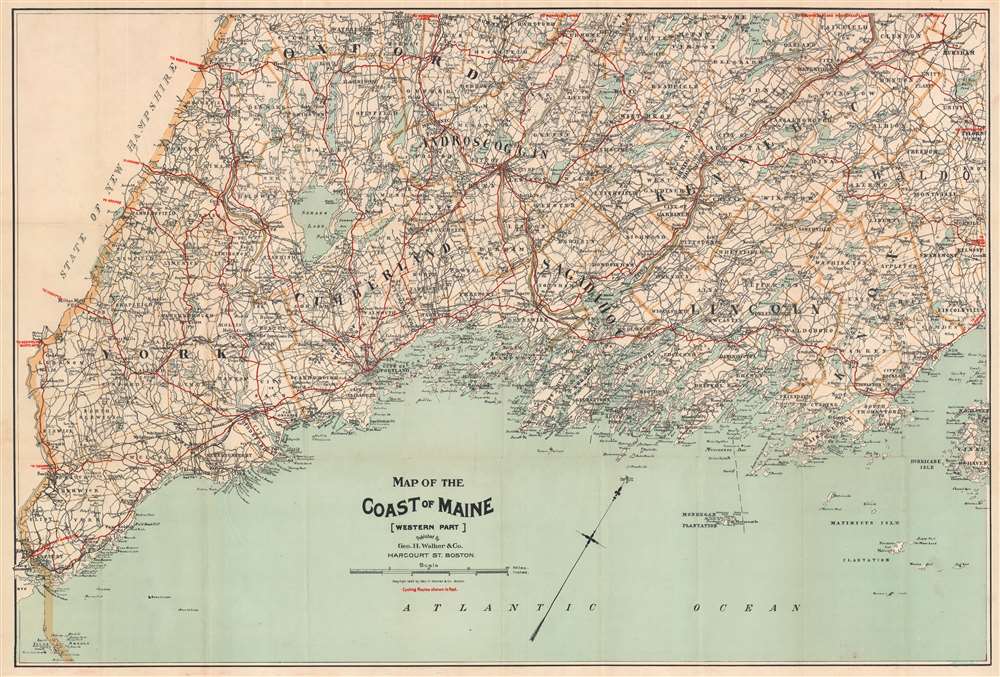 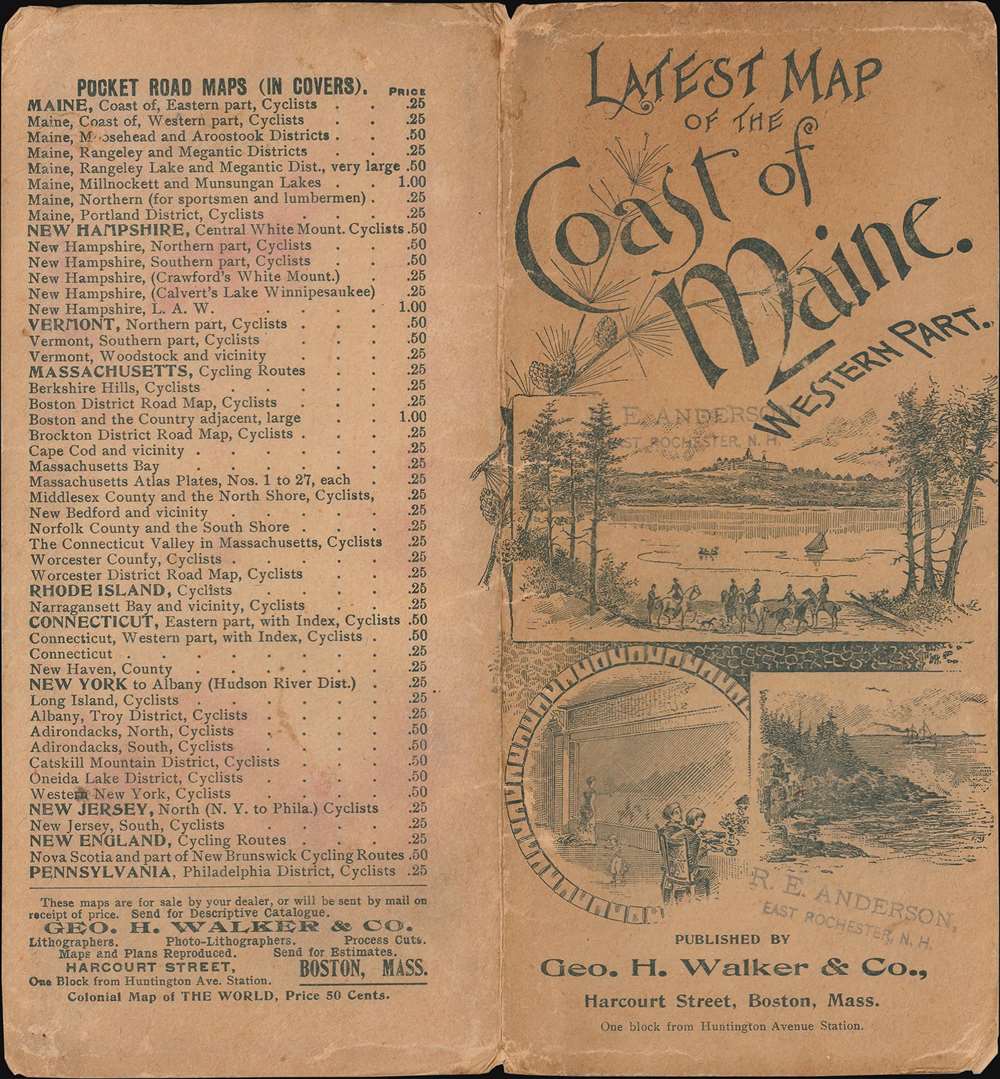 1893 Walker Map of the Coast of Maine

This is an 1893 George H. Walker map of the western section of the coast of Maine. The map depicts from Kittery east to Lincolnville and from Norway Lake and Snows Falls south to the Atlantic Ocean. Red overprinting highlights bicycle routes that meander through most of the region, including a coastal route.

Bicycling in Maine in the late 19th century

In the late 19th century, bicycling was popular throughout the United States. In Portland alone, there were more than forty bicycle stores by 1896. Dozens of bicycling clubs throughout the state organized tours. In his dissertation Pedaling Vacationland: Bicyclists, Genteel Recreation, and the Maine Landscape, 1878 – 1902, Sam Shupe details the importance of Maine’s bicycling culture and the reputation it gained not just in the northeast but across the country.

This map was created and published by George H. Walker in 1893. A single example is cataloged in OCLC, part of the institutional collection at Cornell University.