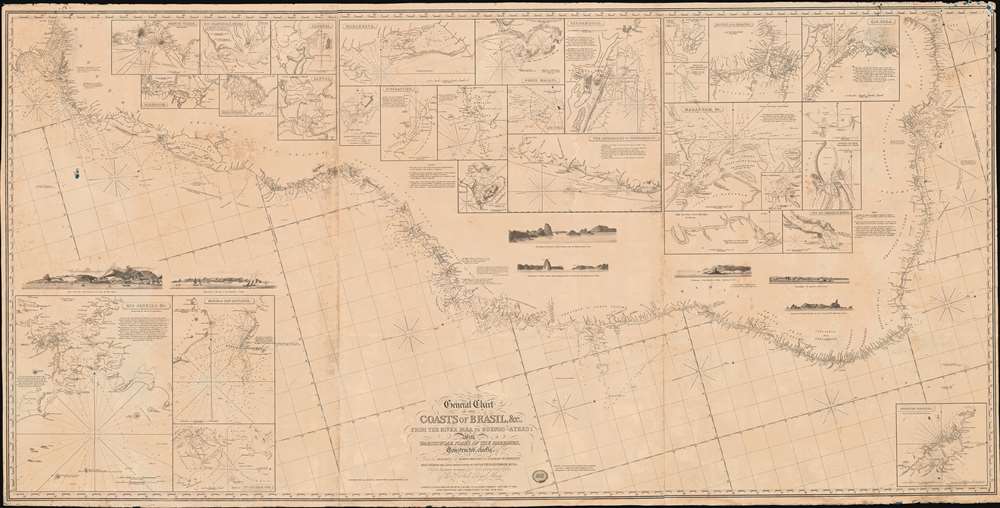 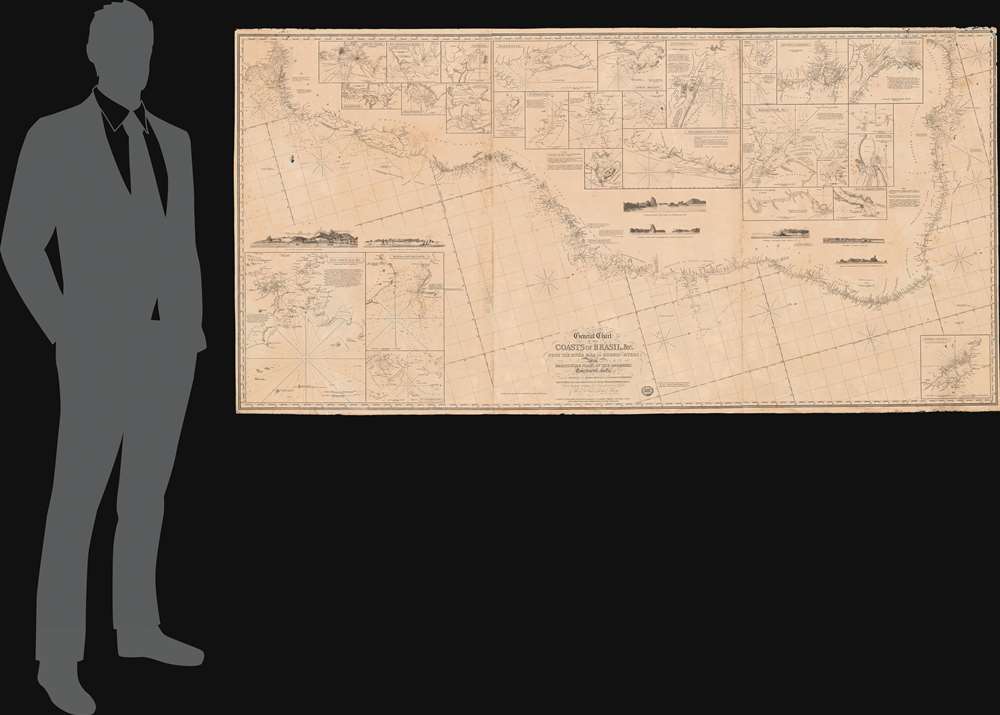 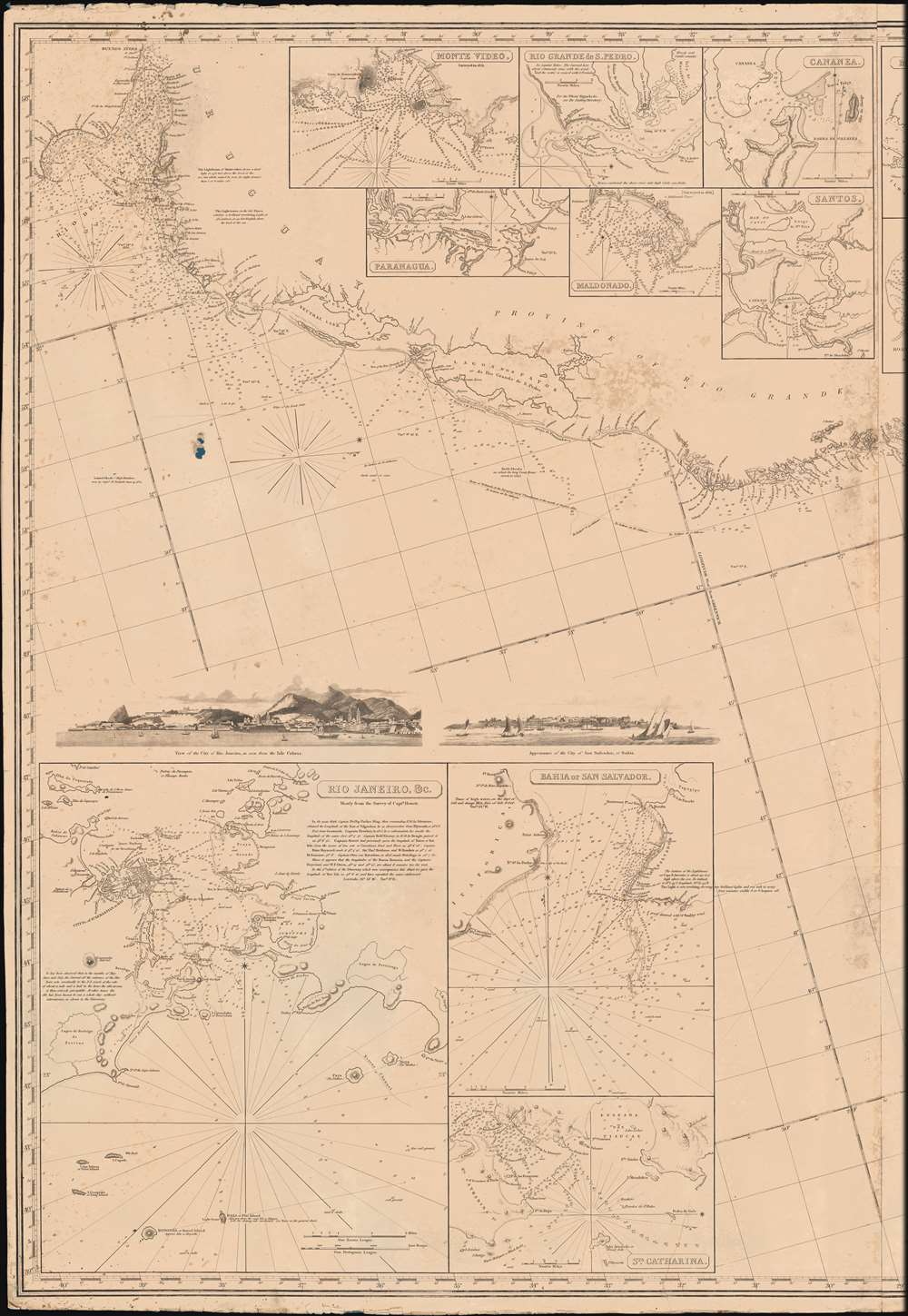 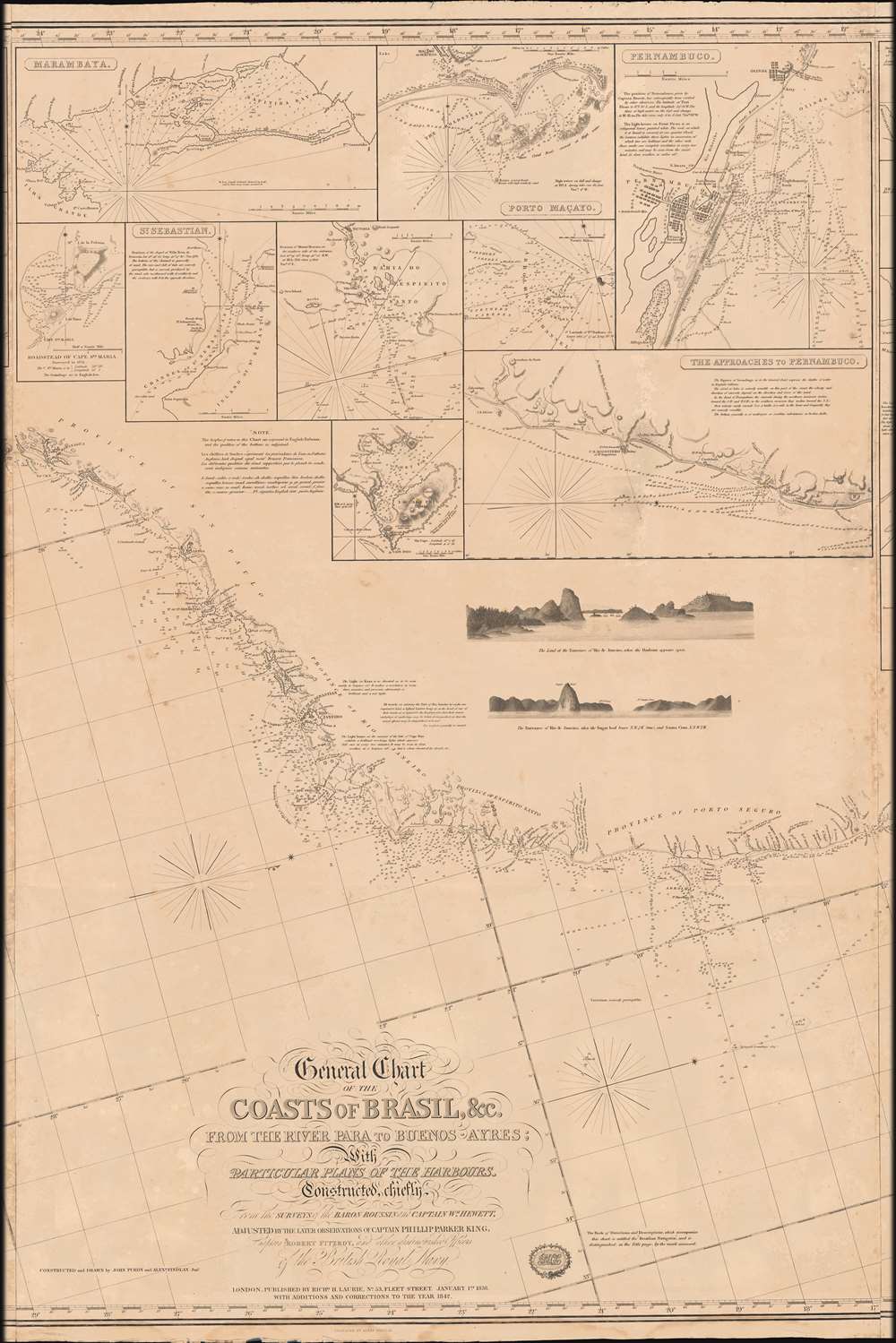 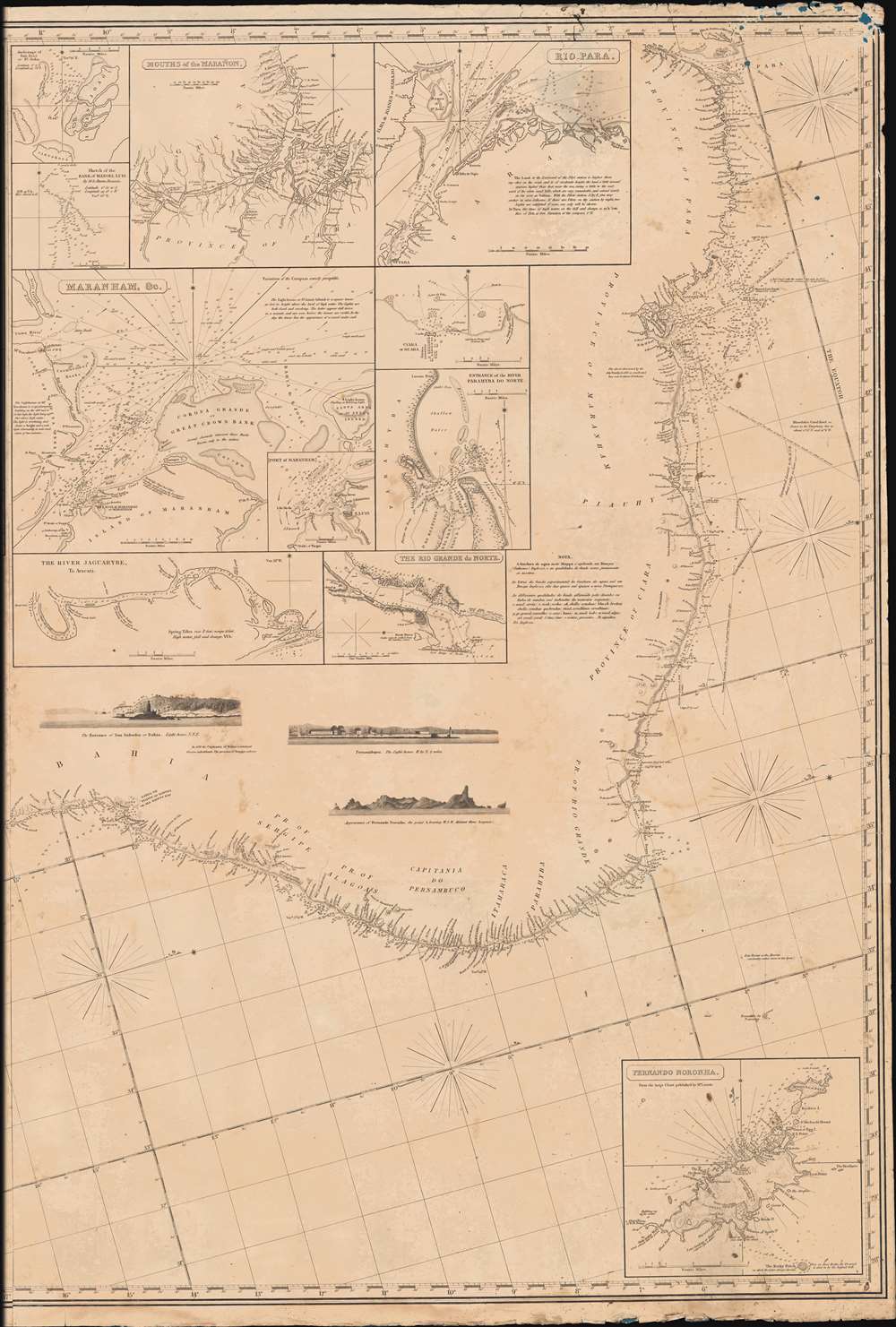 A dramatic large-scale 1842 blueback nautical chart or maritime map of Brazil by Richard Holmes Laurie - considered the best and largest general chart of Brazil produced in the 19th century. The map follows the Atlantic Coast of South America from the Para River to Buenos Ayres and the Rio de la Plata.

Scarce. We note one example of the 1853 edition at the David Rumsey Collection. Other examples seem to follow a major retooling in the late 19th century.


John Purdy (August 14, 1773- January 29, 1843) was a British cartographer and hydrographer active London during the early part of the 19th century. Purdy was born in Norwich, the son of a tailor, and apprenticed to David Steel of the Stationers Guild on December 1 of 1795. After his apprenticeship Purdy partnered with Henry Cooper to establisher an independent map and chart selling business. This business failed to turn a profit and was dissolved with bankruptcy hearings in November of 1811. From about 1812 onwards Purdy took over Delarochette's hydrographer position for the firm of Laurie and Whittle. The remainder of his work is associated with this firm. Like most map publishers Purdy did not personally take part in expeditions, but he exhibits a great talent for synthesizing the work of others. Among his more important accomplishments are the great Cabotia map of Canada, the identification of Rennell's Current, and the publication of Rennell's wind charts. He was considered the foremost British hydrographer of his era. Purdy died of gangrene on January 29 of 1843. Learn More...