1870 Vallardi Map of Umbria - Lazio or the Country Around Rome, Italy 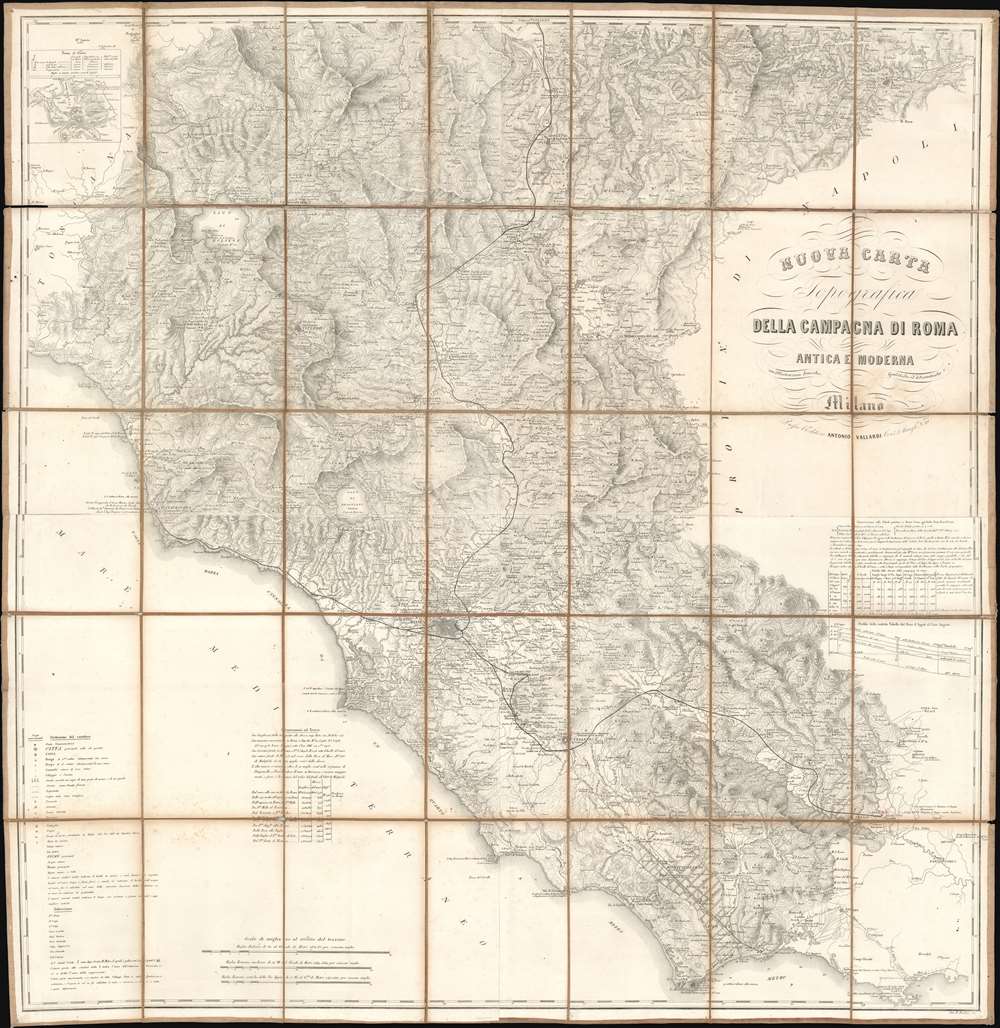 1870 Vallardi Map of Umbria - Lazio or the Country Around Rome, Italy

Published near the end of the Wars of Italian Unification.
$450.00

Published c. 1870, this Antonio Vallardi and Giovanni Battista Bordiga map of Lazio and Umbria details the vestiges of independent Italian city-states during Italian unification. Led by Giuseppe Maria Garibaldi (1807 -1882), wars had raged across Italy that slowly brought the peninsula's various states together under one crown. Victor Emmanuel II of Sardinia became the sovereign of the Kingdom of Italy in 1861. But the last independent state, held by the Pope, stubbornly held out until 1870, when it fell flowing a siege.

Rome lies below center to the left, and myriad other cities, towns, and villages appear throughout the region. A note references the French army's 1849 landing at Civitavecchia, and a dotted line traces Trajan's aqueduct from that city back to Rome. Crosses mark bishoprics. Crossed swords mark battles throughout the centuries, including some from the Wars of Italian Independence. Dates mark important events both before Christ (A.C. - Avanti Christo) and after (A - anno dopo Cristo). A key situated on the lower left helps elucidate the many notations Vallardi and Bordiga used.

This map was engraved by Giovanni Battista Bordiga and published by Antonio Vallardi c. 1870. Vallardi published editions of this map beginning as early as 1840 and into the 1880s. Examples of various editions are cataloged in OCLC and appear on the market from time to time.


Giovanni Battista Bordiga (1799 - 18xx) was an Italian engraver who produced dozens of works, many of which were maps. Learn More...

Good. Dissected and mounted on old linen in 35 panels. Exhibits some toning. Linen reinforced in places on verso.
Looking for a high-resolution scan of this?