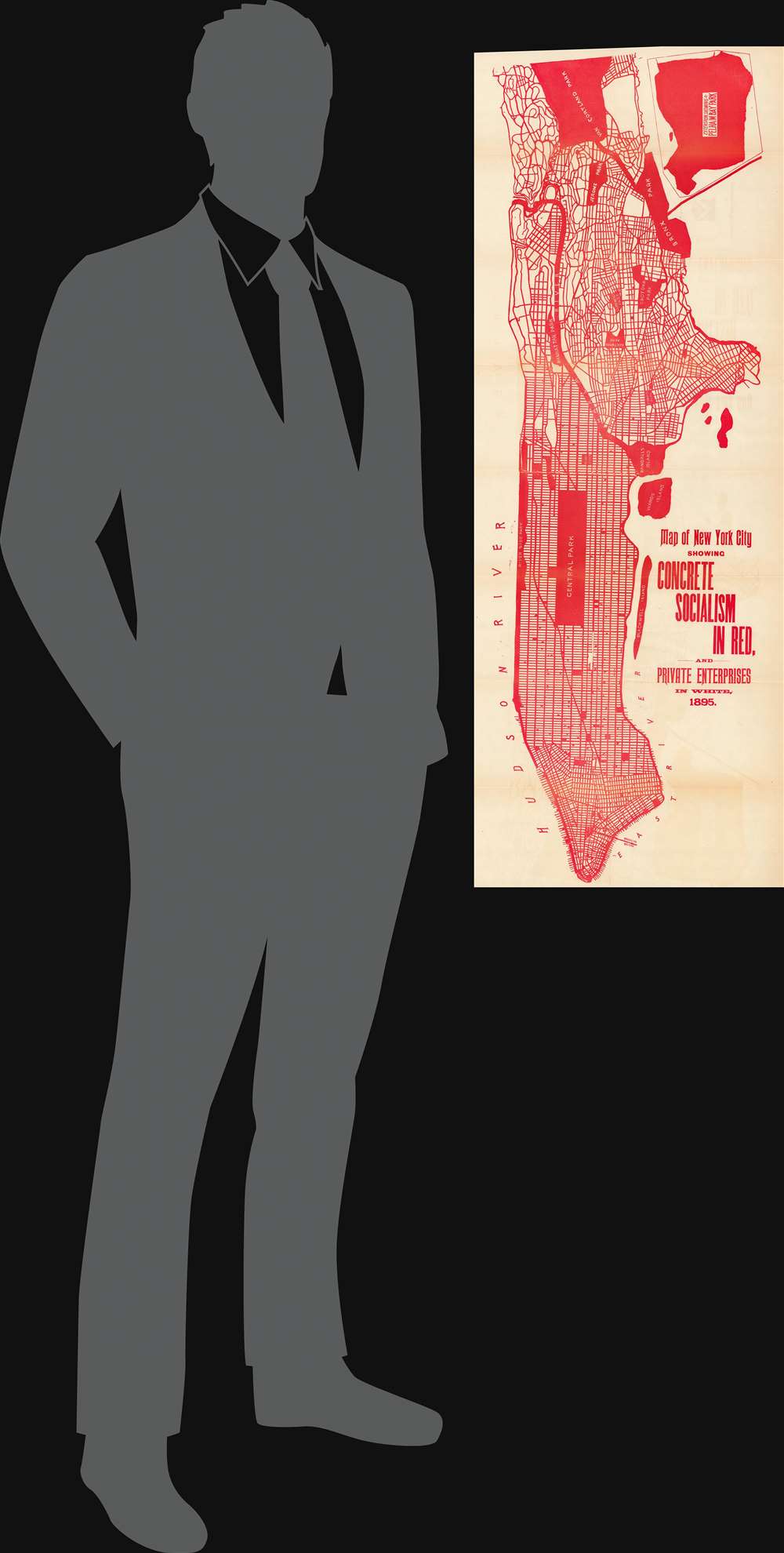 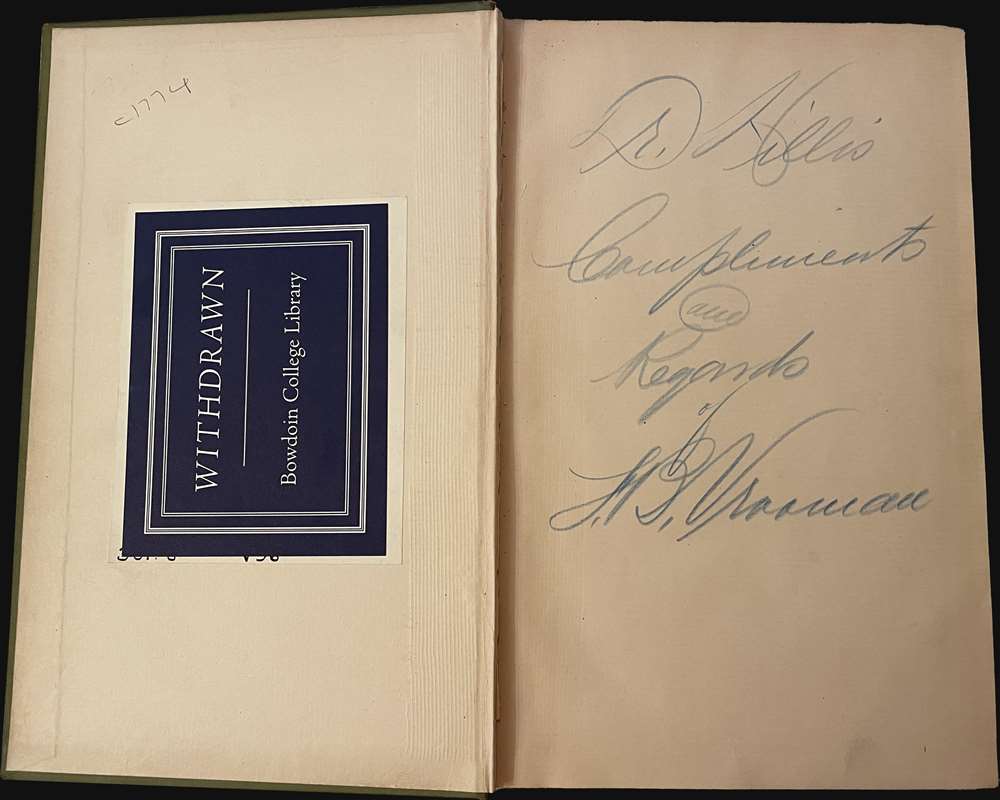 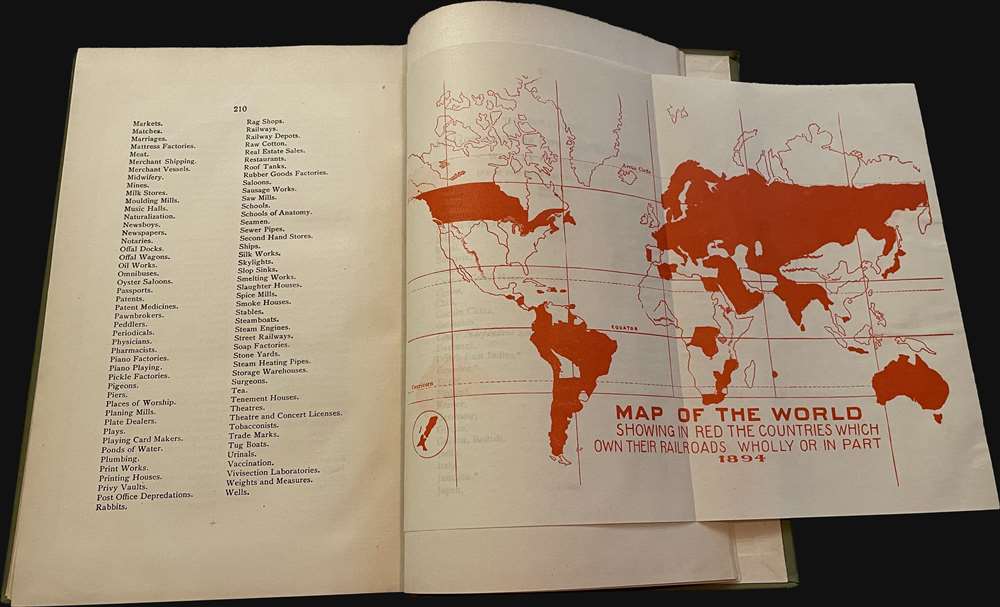 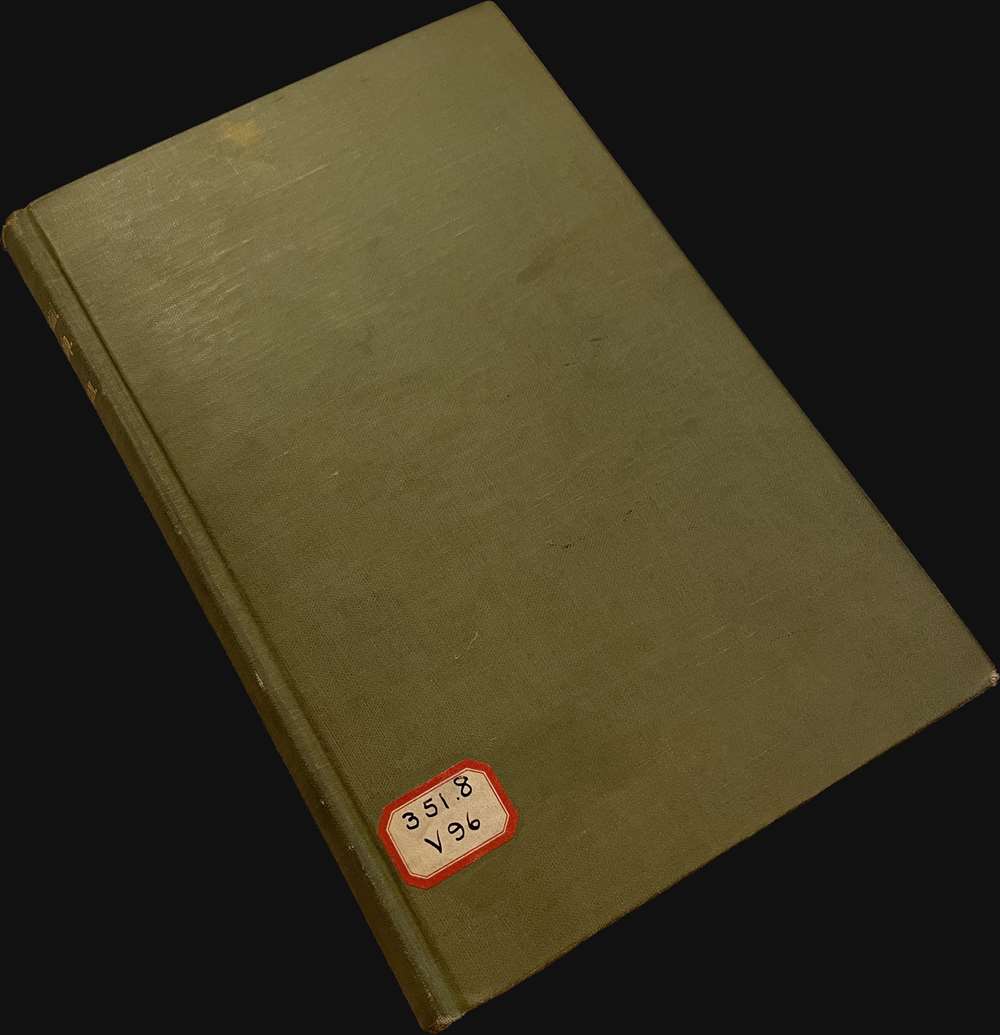 This is an 1895 Walter Vrooman map of New York City, accompanied by its original text volume, Government Ownership in Production and Distribution, inscribed by the author to the controversial Congregationalist minister Newell Dwight Hillis (1858 - 1921). The surprisingly modern map, printed in bright red, highlights Vrooman's theories about 'public lands' and 'socialism'.

As the title makes clear, red areas highlight 'concrete socialism' while white areas illustrate parts of New York City owned by private enterprises. Vrooman's effort was likely to change his reader definition of 'socialism'. He wanted his audience to readjust their thinking such that concepts including city streets and parks could fall under the umbrella of socialism, or, perhaps, fraternalism, if changing the vocabulary would help the concept gain acceptance in a world that valued 'private individualism'. This map accompanied Vrooman's book Government Ownership in Production and Distribution, which listed all the ways in which governments worldwide provided services to their citizens, and even suggested ways in which governments could further improve the lives of their citizens, such as taking over utility companies or public transportation systems.

Vrooman never explicitly refers to the public property in New York City (or elsewhere in the world) as 'concrete socialism'. He does, however, provide an explanation which illuminates the subject through examples:

That the principle of fraternalism is not a mere theory can be seen in one moment by a look at our map of New York City, which, although the centre of plutocratic lawlessness in America, shows that nearly one-half its surface is administered by the public, by means of City, State and National Governments, for the common benefit of all the people. Although much of the very surface of the earth is claimed by individuals of that city as their private property, we have about 575 miles of public streets…

Vrooman's concept of 'concrete socialism' extends beyond the concrete to include parks and, amazingly, the Harlem River. Vrooman's explanation of the genesis of public parks follows his discussion of public streets:

It was only a few years ago when if a man residing in a city wished to enjoy a pleasant hour sitting under a tree or lounging on the grass with his children, it was necessary for him to accumulate an immense sum of money and purchase a garden or lawn, to fence it in against all intruders and keep this immense investment idle all the year round with the exception of a few hours that he and his could personally use it. But a socialistic idea dawned in the minds of a few sensitive men and women and public parks were demanded. Like all other new ideas this notion was considered extremely absurd for many years, but gradually, by a long process of education, the people came to realize the necessity of breathing space, of grass and trees, and spots for out-of-door recreation in our large cities, until now, the common lawns open to the whole people in New York City alone, amount to about 6,000 acres. This is another socialistic idea that has succeeded. Instead of individual lawns and gardens which we know to be impossible in large cities, we have public lawns and gardens.

For an 1895 publication, Vrooman's map is remarkably modern, from the rigid sans-serif typography, to the striking red color. Today red is commonly associated with Marxism-Leninism Communism, but before the rise of that ideology, it represented socialism. The association may be as early as the French Revolution (1789 - 1799), where red was associated with right-wing politics. It was not formally connected to socialism until a solid red flag was used during the failed socialist Springtime of the Peoples Revolutions of 1848. Later it was adopted by the Paris Commune of 1871.

The book is inscribed by the author to one Dr. Hillis. This is likely Newell Dwight Hillis , a firebrand Congregationalist minister from Brooklyn known for his controversial views. It is a curious connection, as Hillis was an ardent anti-socialist. Perhaps Vrooman believed he could widen Hillis' understanding of socialism?

This map was created and published by Walter Vrooman for publication in his 1895 work Government Ownership in Production and Distribution, Being an account of 337 now existing National and Municipal Undertakings in the 100 Principal Countries of the World. We note a single cataloged example of the separate map in OCLC (New York Public Library). An example is also part of the P.J. Mode collection of persuasive cartography at Cornell University. Government Ownership in Production and Distribution is well represented in institutional collections. The present example was deaccessioned from the Bowdoin College Library.

Vrooman, W., Government Ownership in Production and Distribution, Being and account of 337 now existing National and Municipal Undertakings in the 100 Principal Countries of the World, (Baltimore: Patriotic Literature Publishing Co.) 1895.