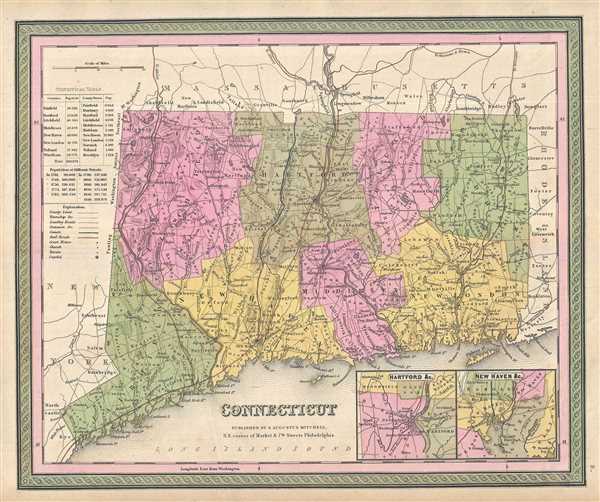 An elegant example of S. A. Mitchell's detailed 1849 map of Connecticut. Centered on Hartford and Middlesex, this map covers the entire state of Connecticut extending eastward from Fairfield to Windham and New London. Two insets in the lower right detail the vicinities of Hartford and New Haven. The upper left quadrant a statistical table listing population in various towns, counties and eras. The whole is engraved and colored in Mitchell's distinctive style with green border work and vivid pastels. Political and topographical features are noted and color coded with elevation rendered by hachure.