1969 McGary Map of the Underwater Topography of Washington State 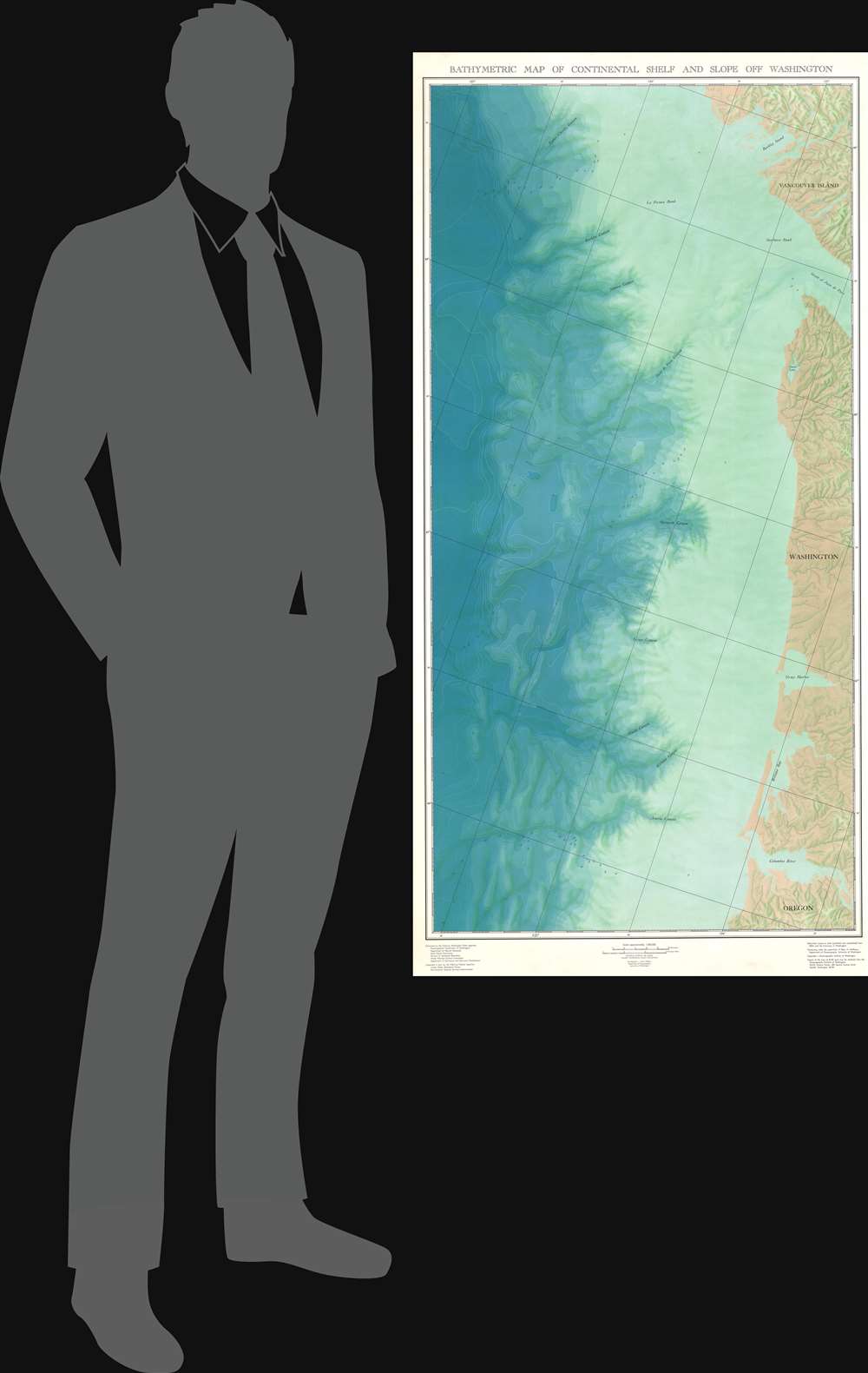 1969 McGary Map of the Underwater Topography of Washington State

This is a 1969 Noel McGary map of the Pacific Northwest revealing the submarine topography just off the coast. The map depicts the region from some distance out into the Pacific Ocean to the coast of North America and from Vancouver Island to the mouth of the Columbia River. Beautifully executed, gradient shades of blue are employed to illustrate oceanic depts and the continental slope. Topography lines definitively identify the depth at any given point, from 100 meters deep to 2,600 meters. La Perouse Bank and Swiftsure Bank are labeled on the continental shelf, and Father Charles Canyon, Barkley Canyon, Nitinat Canyon, Juan de Fuca Canyon, Quinault Canyon, Grays Canyon, Guide Canyon, Willapa Canyon, and Astoria Canyon are identified along the continental slope. Very little detail is provided along the coastline, except for rivers and some slight topographical indications. Barkley Sound, Ozette Lake, Grays Harbor, Willapa Bay, and the Columbia River are labeled.

This map was created by Noel McGary with the contouring executed under the supervision of Dean. A. McManus. The whole was published by the Oceanographic Institute of Washington in 1969. Only one example is recorded in the OCLC, at the University of Quebec, Rimouski.