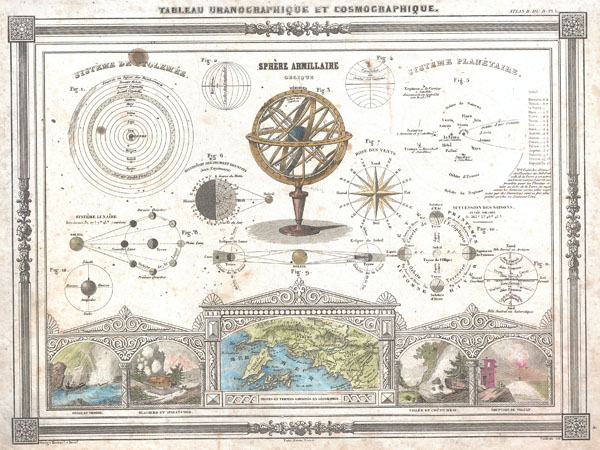 An uncommon and attractive 1852 Astronomical and Cosmographical chart by M. Vuillemin. Includes numerous charts showing the Ptolemaic planetary system, the modern planetary system, the Lunar system the seasons, directions, an armillary sphere, etc... Along the bottom of the map several classical style decorative frames depict a storm at sea, an avalanche, an waterfall, and an volcano. Features a beautiful frame style border. Prepared by M. Vuillemin and J. G. Barbie du Bocage for publication as plate no. 1 in Maison Basset's 1852 edition of the Atlas Illustre.