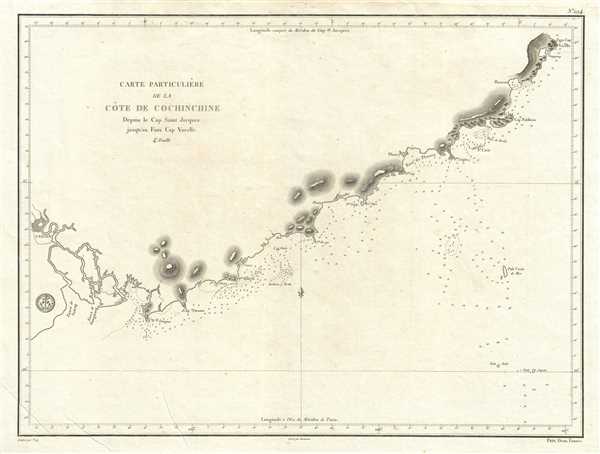 Early French nautical chart of the southeast coast of Vietnam including Saigon.
$500.00

This is an impressive c.1830 example of the French Depot-General de la Marine nautical chart or maritime map of the coast of Vietnam. It covers from Saigon (modern day Ho Chi Minh City) northward as far as Cam Ranh. Offers extraordinary detail both inland and at sea, noting rivers, elevations near the coast. Saigon city is identified. In the harbor there are countless depth soundings and other information important to the mariner. Issued by the Depot de Marine as chart no. 294.

Very good. Original platemark visible. Minor spotting at places.
Looking for a high-resolution scan of this?