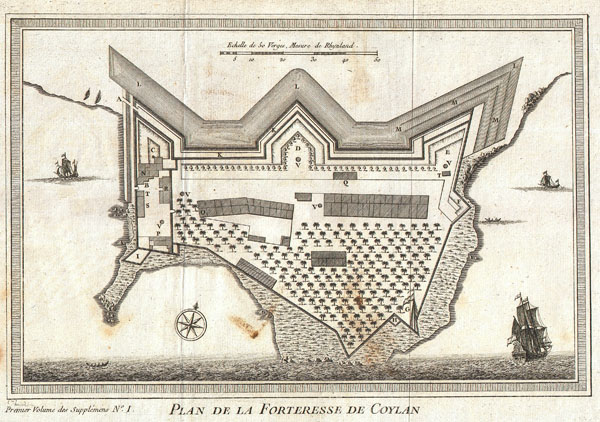 This is a rare 1756 map of the fort of Kollam, Kerala, on India's Malabar Coast by French cartographer N. Bellin. Kollam, or as it is otherwise Known Quilon or Coylan, lies roughly 71 km north of Trivandrum, India. Kollam Fort was originally built by the Portugese, however, it was captured by the Dutch in 1671 and by the British in 1795. This map presents beautiful image of the fort completely with palm forests and sailing ships navigating the surrounding seals. Prepared by N. Bellin for issue in the 1757 edition of A. Provost's < i>L`Histoire Generale des Voyages.