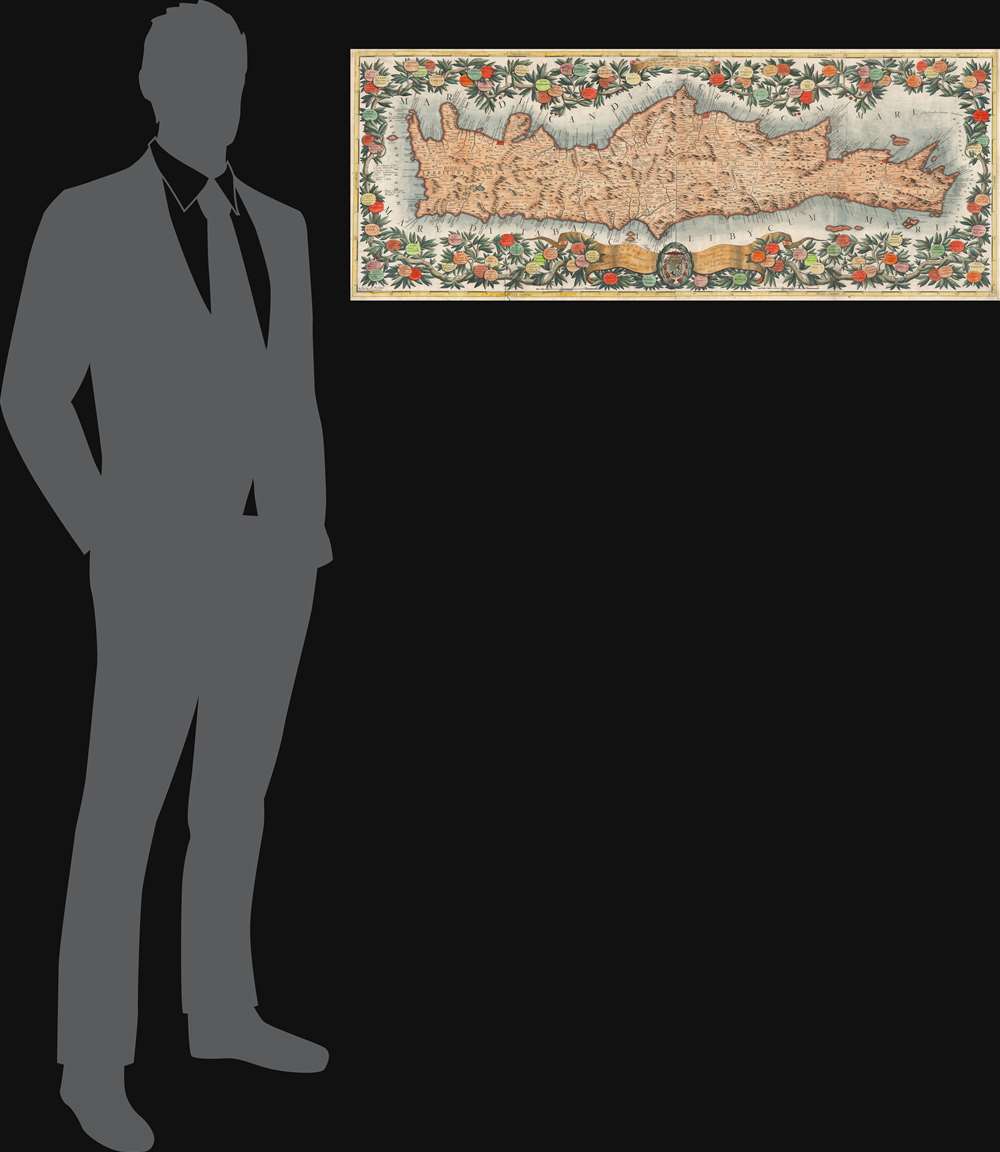 One of the largest and most beautiful maps of Crete.

This is a brilliantly-colored example of Vincenzo Coronelli's monumental, two-sheet 1696 map of the Island and Kingdom of Crete. It divides the island into the four regions of Canea, Rettimo, Candia, and Setia.

It is derived from the surveys of the Venetian engineer Francesco Basilicata (d. 1640). In spite of being otherwise virtually unknown, Basilicata's maps of Crete provided the most accurate outline of the island of the 17th century and would provide the basis not only for Coronelli's masterful work but well into the 18th century. Basilicata is believed to have lived in Crete in the early 17th century during the Venetian colonial tenure of the island, and so the map benefits from firsthand experience. This map's visually arresting presentation is owed to the bravura work of Coronelli's shop, whose mastery of the engraver's art shows not only in the map's pictorially represented topography but also in the map's border of medallions, naming Cretan towns, framed as the fruit adorning intertwining branches. The map's title cartouche includes a dedication to the French diplomat and cardinal César d'Estrées (1628 - 1714.)

The two plates of this map were engraved for inclusion in Coronelli's Corso Geografico Universale, and would be reprinted in his 1696 Isolario descrittione geografico-historia... Tomo II dell' Atlante Veneto. The map appears on the market from time to time We see only six separate examples cataloged in institutional collections.