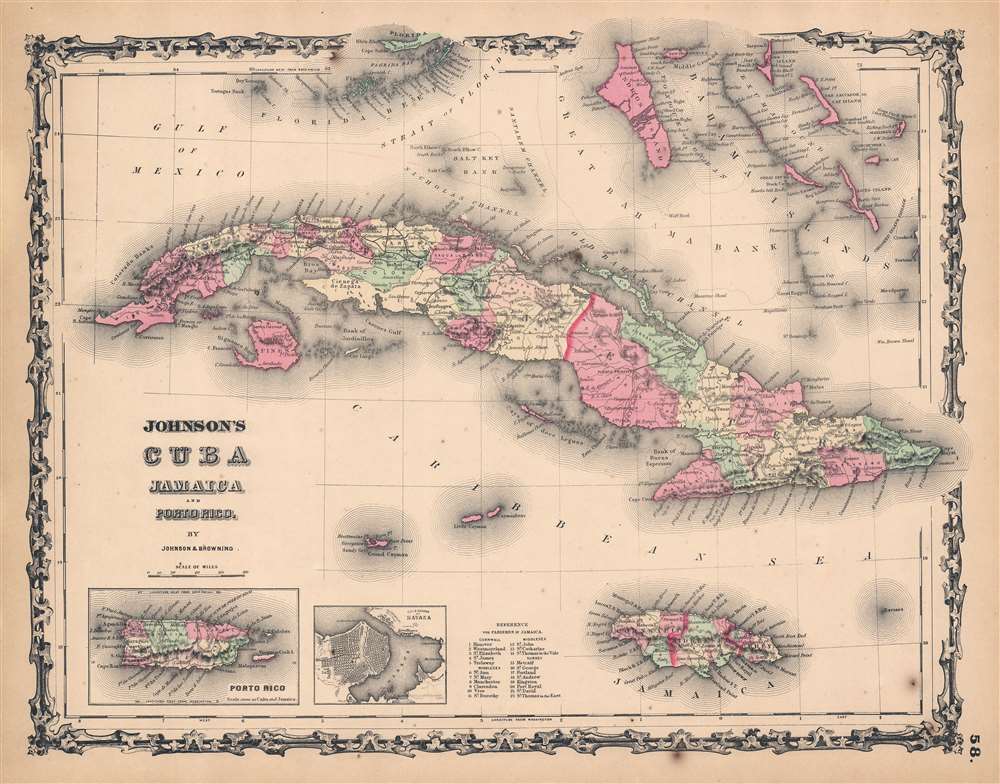 When Cuba was a haven for Confederate Blockade Runners.
$200.00

This is a beautiful example of Johnson and Ward's 1863 map of Cuba, Jamaica, the Bahamas and Puerto Rico. Part of the Florida Keys is also included. The map offers superb detail of the entire region including roadways, cities, provinces, and undersea dangers. Two insets in the lower left detail Porto Rico (Puerto Rico) and the City and Harbor of Havana, Cuba. The map features the strapwork style border common to Johnson's atlas work from 1860 to 1863.