1862 Johnson Map of the World Currents and Co-Tidal Lines 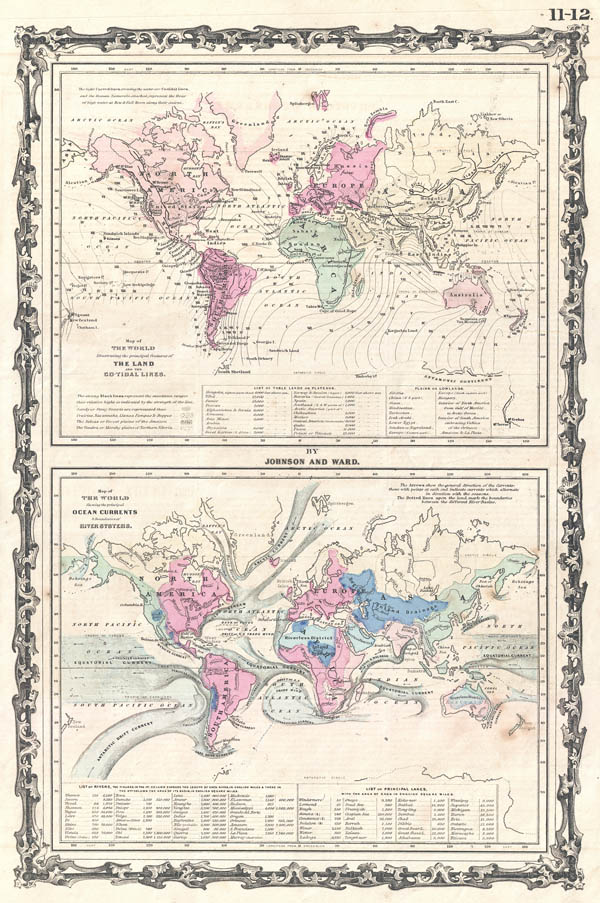 1862 Johnson Map of the World Currents and Co-Tidal Lines

This is one of the thematic world map sets from the rare 1862 edition of Johnson and Ward's Illustrated Atlas Family Atlas. Features two maps drawn within a single border. The upper map depicts the world's co-tidal lines with notations regarding world table lands and lowlands. The lower map very attractively displays the important ocean currents. Shading in the landmasses show the influence of various river systems. Features the strapwork style border common to Johnson's atlas work from 1860 to 1863. Published by A. J. Johnson and Ward as plate numbers 9 - 10 in the 1862 edition of Johnson's New Illustrated Family Atlas. This is the first edition of the Family Atlas to bear the Johnson and Ward imprint.