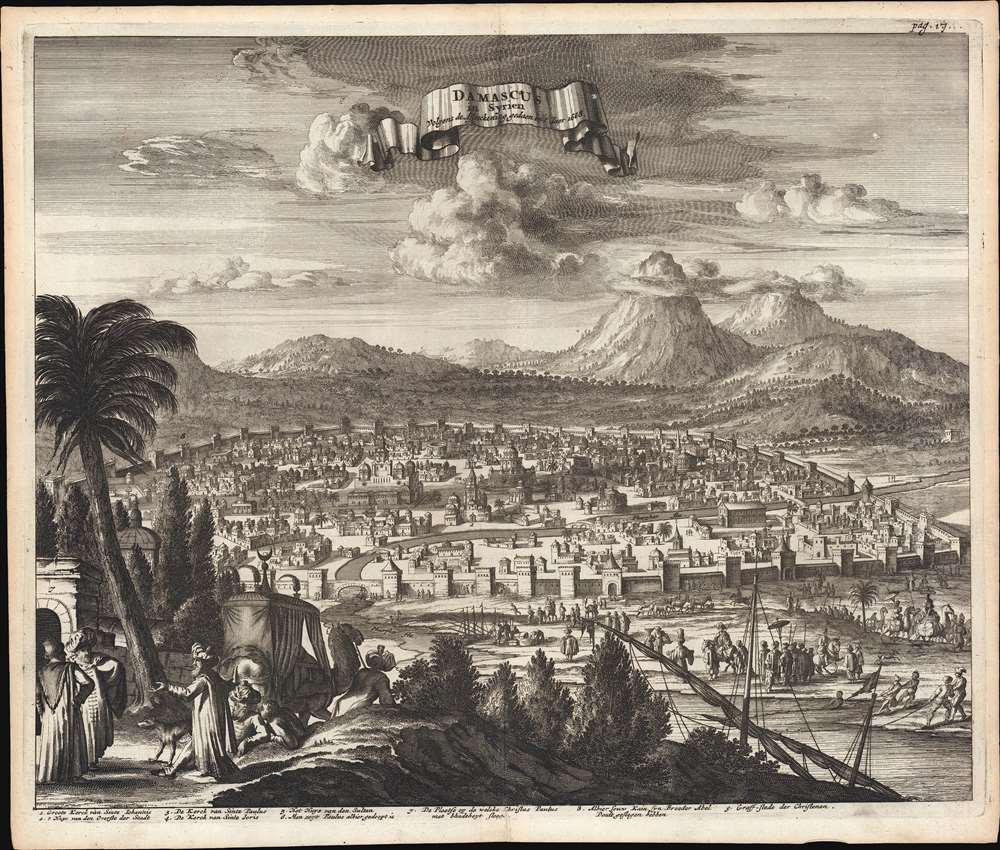 This is a beautiful example of Jacob Meurs' engraved view of the Syrian city of Damascus, printed in 1681 as part of Olfert Dapper's history of Asia Minor and the Holy Land. The view is intended to portray the contemporaneous Muslim walled city; its mosques prominent. Some churches illustrated as well, though one of these, the Church of Saint Paul, is in ruins. In the foreground, noblemen in Ottoman styles converse as footmen lead their camels, replete with a covered chaise, towards the city. Before the walls of the city, the view presents a bustling scene of nobles, fishermen, cattle herders and soldiers.

Dapper, as a rule, does not seem to have visited the places in his histories, instead he compiled his tales from travel narratives. The same, it seems, can be said for the sources for his views. Although the perspectives used to depict the city differ, it must be said that the content of the Meurs/ Dapper view and that of the 'Braun and Hogenberg' a century prior are materially the same. That said, the differences in execution are striking, and Meurs' engraving shows the monumental development of the art of the engraver that took place over the course of the 17th century.

This view was engraved for inclusion in Dapper's 1681 Asia oder genaue und gründliche Beschreibung des gantzen Syrien und Palestins. The book is well represented in institutional collections. Examples of the separate view are catalogued in OCLC at George Washington University, the National Library of Israel, and the Bayerische Staatsbibliothek.

Excellent. slight toning to edges and faint wear to centerfold, else fine.