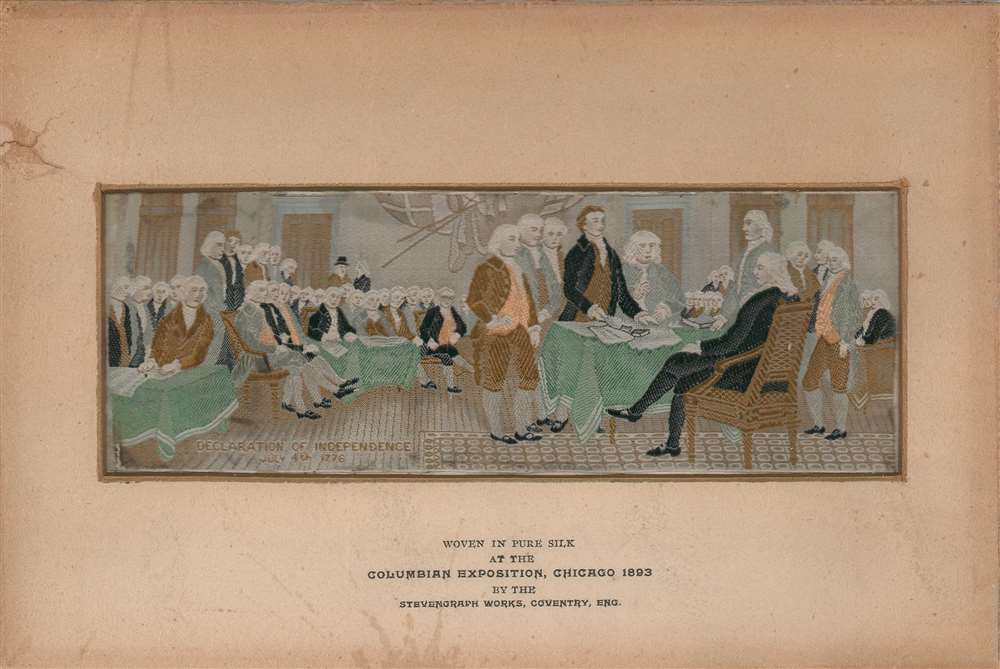 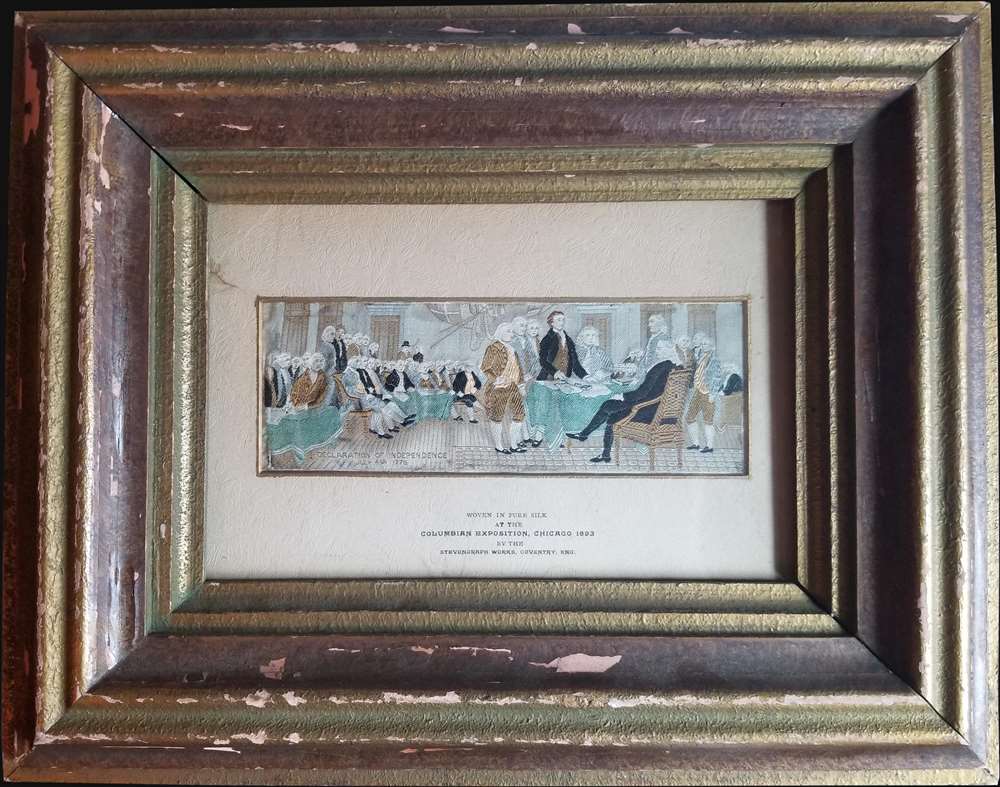 A unique woven silk view of the signing of the Declaration of Independence.
$950.00

This is an 1893 Stevengraph Works woven silk view of the signing of the Declaration of Independence. The view depicts the Continental Congress in Philadelphia signing the Declaration of Independence, with Thomas Jefferson standing in the foreground in a black coat flanked by other members of the Congress. There is some confusion over which painting acts as the view's inspiration, but most believe it to be John Trumbull's monumental painting, which currently hangs in the rotunda of the United States Capitol Building. The silk itself measures 2.5 x 7.25 inches. It is mounted on its original board, which bears the inscription 'Woven in pure silk at the Columbian Exposition, Chicago, 1893, by the Stevengraph Works, Coventry, England.

This view was created by the Stevengraph Works at the Columbian Exposition in Chicago in 1893. It is accompanied by its original board, which measures 9 x 6 inches, as well as its original frame, which measures 11.25 x 14.25 inches. This view is scarce on the market and is not cataloged in OCLC.

Very good. Accompanied by frame.
Looking for a high-resolution scan of this?