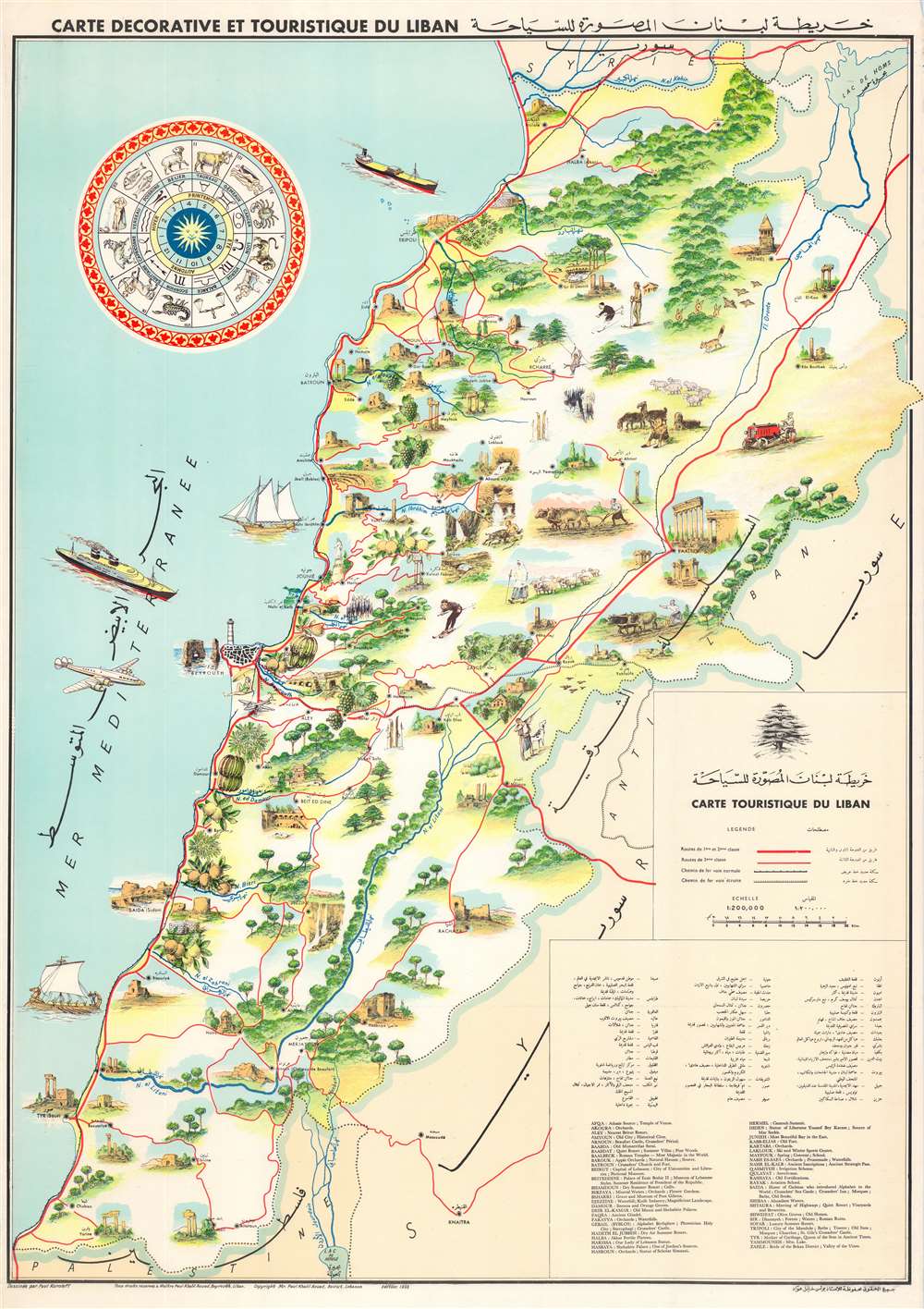 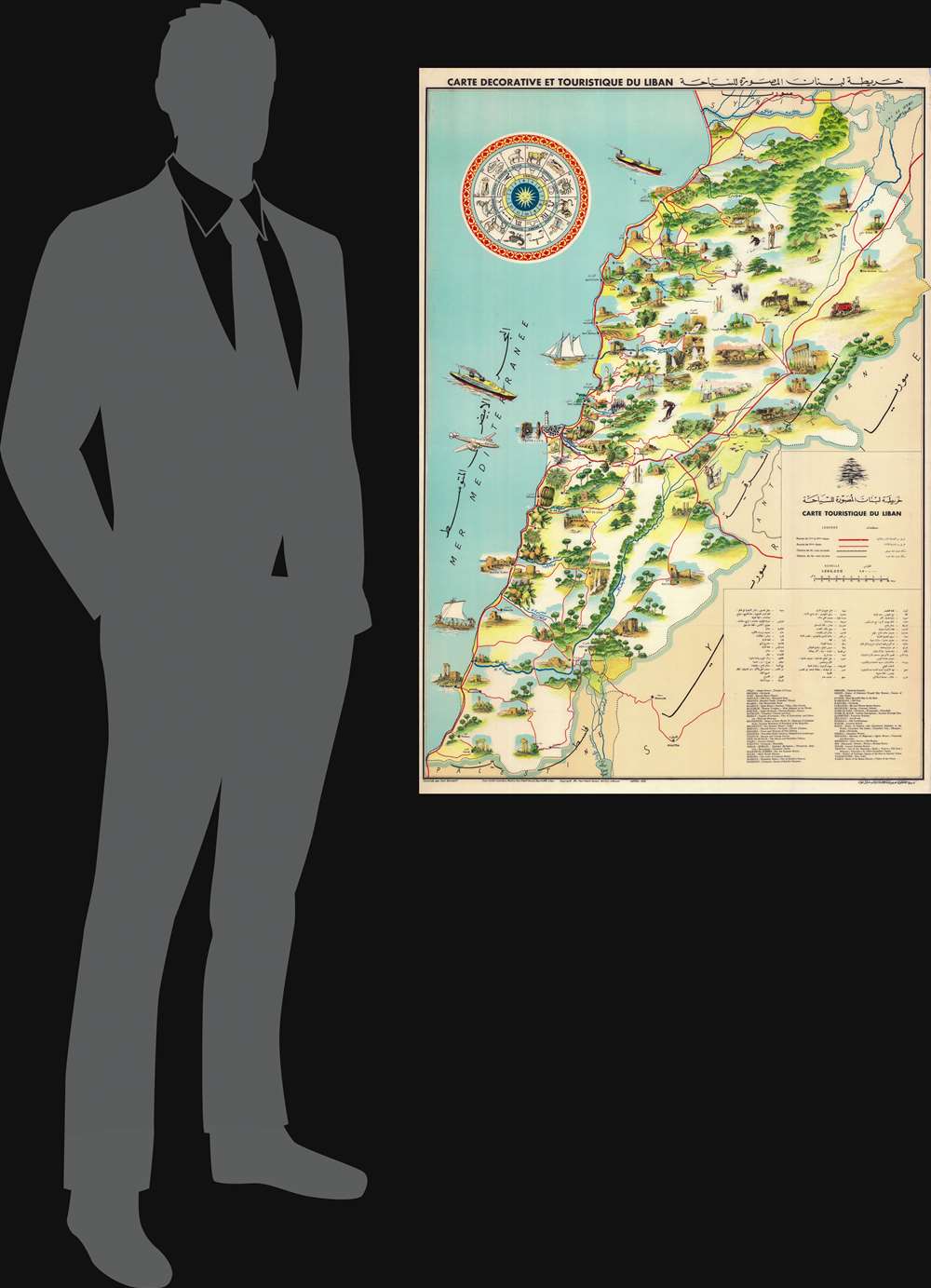 This is a 1955 Paul Koroleff pictorial map of Lebanon. Pictorial vignettes highlight ancient ruins, daily life in Lebanon, idyllic scenery, and recreational activities. The map is bilingual, featuring content in Arabic and English, with a French title and zodiac calendar. Modern cruise liners and airplanes speed toward Beirut over the Mediterranean, while an ancient trireme plies its waters between Sidon and Tyr. A table situated in the lower right identifies tourist sites. At this point, before the 1975 - 1990 civil war, Lebanon was the jewel of the eastern Mediterranean. Beirut was a modern culturally rich city, and a regional center for finance and trade, with a reputation as the 'Paris of the Middle East'. Much of the infrastructure was destroyed during the Lebanese Civil War, and is only now being rebuilt.

This map was drawn by Paul Koroleff and published by Paul Khalil Aouad in 1955. Three examples are cataloged in OCLC and are part of the institutional collections at Brigham Young University, the Université Laval, and the Staatsbibliothek zu Berlin.

Paul Koroleff (1896 - 1992) was a Russian-Lebanese artist. Born in St. Petersburg, Koroleff studied in Russia and worked as a designer and draftsman for a printing firm. He served in the Russian Army during World War I and fled Russia after the Bolshevik Revolution because his father was a general in the Czarist army. He spent the next few years in various European capitals before arriving in Beirut on January 6, 1929. After arriving in Beirut he found a job working as an illustrator for the Prime Minister's office. Over the course of his career, Koroleff designed numerous iconic Lebanese postage stamps and bank notes, along with lottery cards and Lebanese coins. He also designed postage stamps for Jordan, Iraq, and the United Arab Emirates. Learn More...