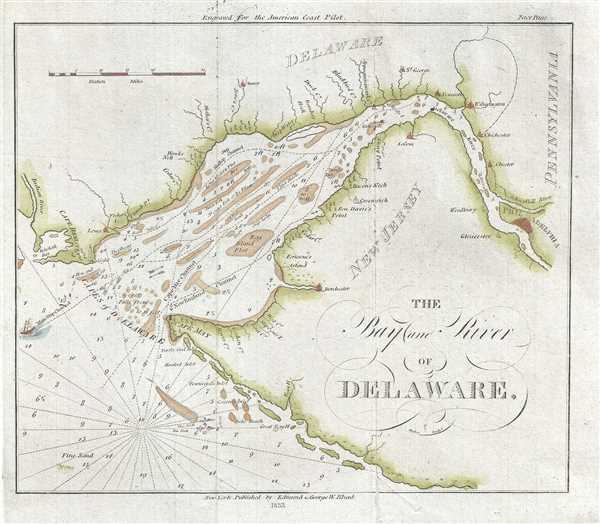 This is an attractive 1833 nautical chart or maritime map of the Delaware Bay by Edmund Blunt. It covers part of New Jersey, Delaware and Pennsylvania, noting important towns along the bay, including Philadelphia. Oriented with north to the right, covers from Cape Henlopen and Cape May to Philadelphia. Shipping lines are also noted. The chart displays incredible detail with detailed coastal features and numerous depth soundings throughout. This map was engraved by Hooker Sc. for issue in the 11th edition of the American Coast Pilot published by Edmund and George W. Blunt in 1833.