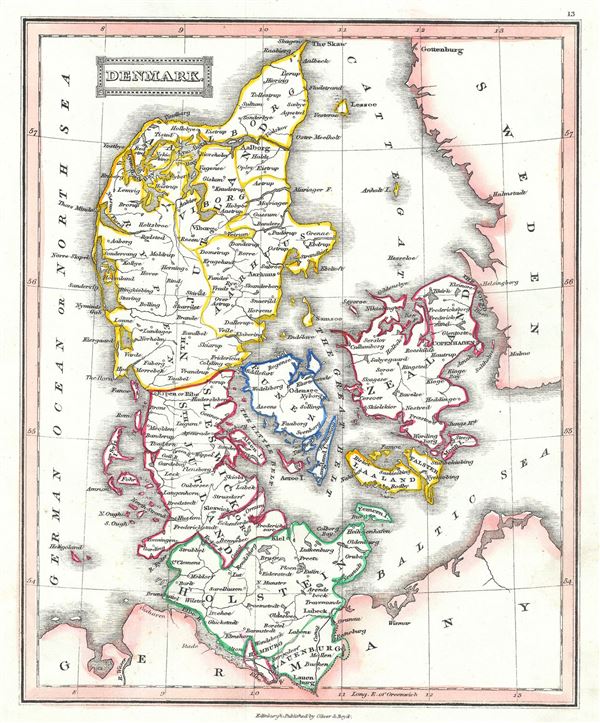 This is a scarce 1845 Thomas Ewing map of Denmark. It covers all of Denmark inclusive of the Duchies of Schleswig and Holstein. Numerous towns, rivers, roads, mountains and other important topographical features are noted throughout.

During the time this map was made, Denmark was on the brink of the First Schleswig War between Prussia, Germany and the duchies of Holstein and Schleswig against the Kingdom of Denmark. In 1848, when the king of Denmark, Frederick VII, proposed that the Duchies of Schleswig and Holstein be formally recognized as part of the Danish Kingdom, the predominantly German population of the two duchies rebelled for a free constitution, resulting in war. Denmark ultimately won the war and retained control of Schleswig-Holstein.