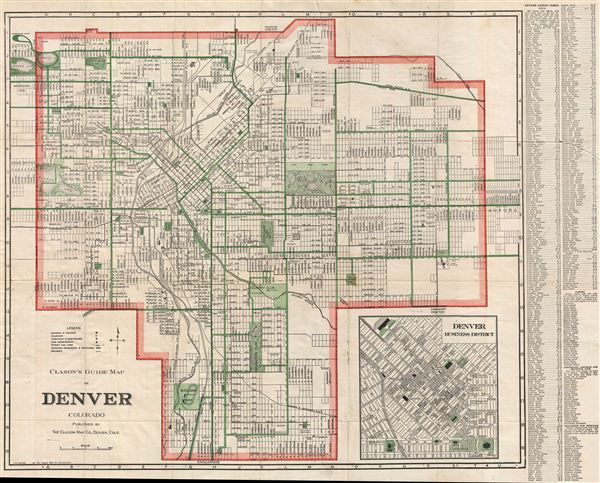 A beautiful example of George Clason's 1919 guidebook and map of Denver, Colorado. This map covers all of Denver from Berkley Lake to englewood and from Sloans Lake to Aurora. An inset in the lower right quadrant details the Denver Business District. A street index appears to the right of the map. Published for Clason's 1919 Guide to Denver, which is included with this map.

Very good condition. Map has been flattened and backed with archival tissue. Comes with original guidebook.